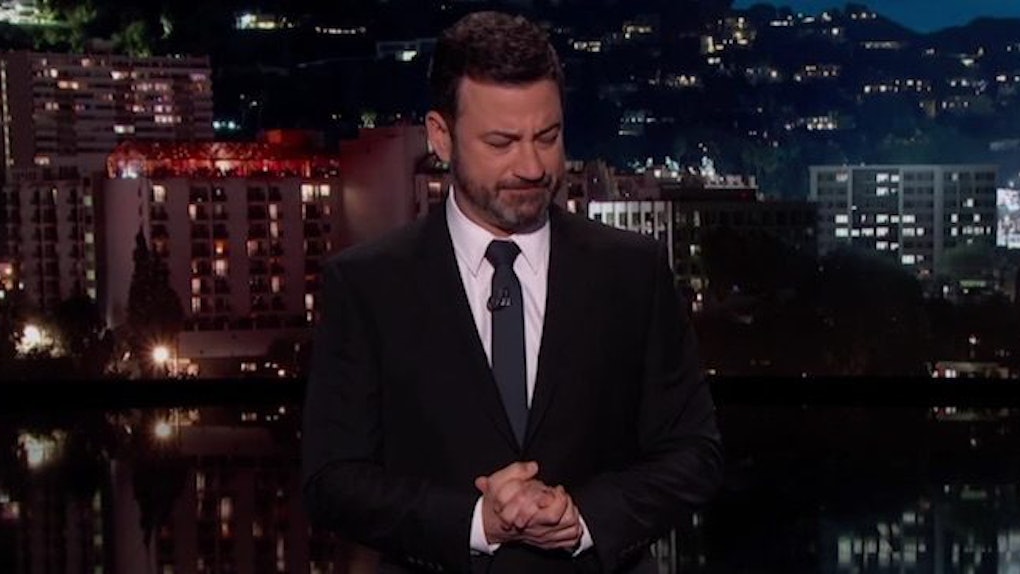 Fans of comedy all over the world are mourning the loss of iconic stand-up comedian and actor Don Rickles — including Jimmy Kimmel.

At the start of Thursday night's episode of "Jimmy Kimmel Live!", the late-night host paid a tearful tribute to Rickles, who died at the age of 90 earlier that day.

Before he even began speaking, Kimmel already had tears in his eyes as he mourned the loss of Rickles – whom he said became a close friend over the years.

"I'll tell you right up front that I'm going to cry," he began. "I'm already crying, which is embarrassing."

I'm not good with this sort of thing and I'm sorry. Especially to those of you who came here to see the show in person, because that's probably not what you came for. But we lost someone that we and I love very much today.

Kimmel recalled how he forged a relationship with Rickles over the years — going from admirer to close friend.

I was fortunate enough to not only have Don on this show as my guest, but also to become close to him and his wife, Barbara, which was a lot of fun for me. I grew up in Las Vegas, so Don Rickles, even when I was a kid, was a very big deal.

Kimmel gets particularly choked up remembering the first time Rickles ever came on "Jimmy Kimmel Live!"

We asked him to do the show over and over again, and he didn't know what this was. He knew "The Tonight Show" and [David] Letterman and that's it. But finally, after we bothered him like 20 times, he gave up and he did the show for my birthday in 2006. It was exciting, it was like I was in some kind of talk show fantasy camp, sitting behind a desk while Don Rickles made fun of me.

Kimmel described the experience as "like being a real talk show host for a minute." Rickles made 17 more appearances on "Jimmy Kimmel Live!" after that first one.

"Every time he was on, we would go out to dinner," said Kimmel, holding back tears.

Kimmel then shared a video clip compilation of Rickles' appearances on his show.

Rickles was known for his quick, biting insults and grew to fame through many, many appearances on late-night shows like "The Tonight Show Starring Johnny Carson" and "Late Show with David Letterman."

He was also known to the younger generation for playing Mr. Potato Head in the "Toy Story" films.

"There will never be another Don Rickles," Kimmel concluded. "He was probably the greatest talk show guest of all time."