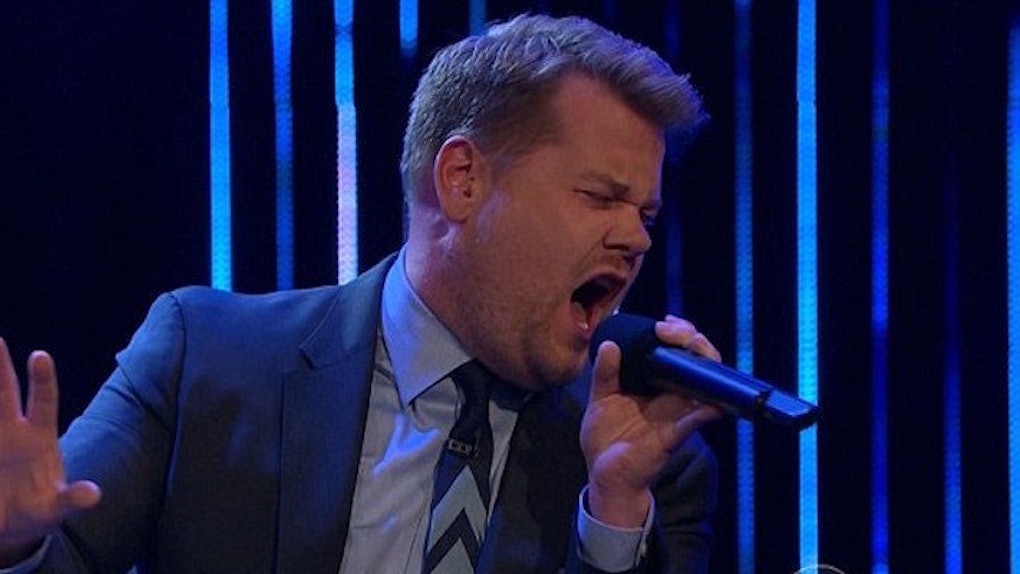 Did you jerks forget James Corden can sing?

I mean, the man can sing. And now his beautiful voice is kicking your ass into full-on festive Christmas mode.

If you're American, you might not know Sainsbury's has a tradition of putting out a cheery holiday ad every year to get folks excited about Christian rituals of spending money.

(In fact, if you're American, you might not even know what Sainsbury's is at all. Basically, it's a giant chain of supermarkets, the second largest in the UK. Just think of it like the British Target.)

Anyway, this year, Sainsbury's recruited Brit abroad James Corden to help get people in the mood to buy.

In the animated commercials, Corden sings a song about a father who's having a tough time getting it together for the holiday consumerism season.

Sainsbury's and Corden conclude the best gift parents can give children this Christmas is, of course, themselves.

But they don't go into details about how this whole cloning thing is going to work. Did anyone else notice that?

Like, this dude scans his face and then has a clone of himself.

And then he is finally able to do the impossible — appease his family and his boss at the same time.

Am I missing something? Is this cloning thing an option for me?

Is Sainsbury's telling me to ignore both my family and my job and just go into cloning research instead?

James Corden, I love you very deeply. And you have a very talented singing voice. But your country is weird.