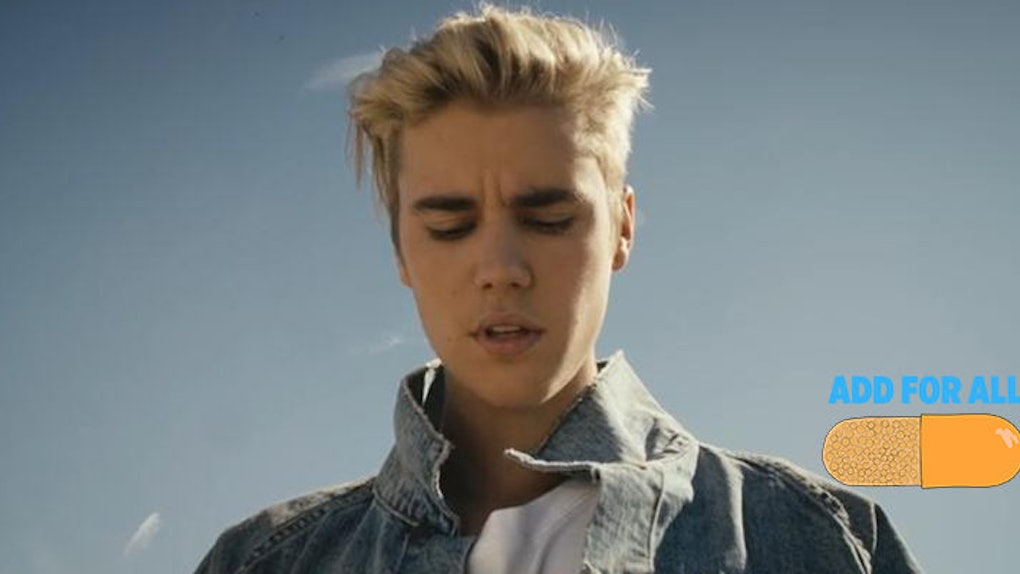 While Adderall use on college campuses across the US is widely known, the Schedule II-prescription-drug-turned-party-culture-staple has its grip on another major cultural subset you probably never realized: Hollywood.

It's no surprise Adderall has made its way from university campuses to the entertainment industry.

As different as the two cultures are, they share several defined characteristics that make Adderall usage worthwhile to both user bases.

Both cultures also notoriously involve a tremendous amount of pressure to perform at an incredibly high level.

The ability for the drug to offer a distinct buzz without crippling the user's ability to function gives "addy" a foothold over other drugs like pain pills, marijuana or even cocaine.

To fully understand Hollywood's specific relationship with Adderall, though, you should be aware its clientele is split up into two major categories.

The primary group is comprised of those who actually need the drug.

Children and adults suffering from ADD, ADHD or Narcolepsy use Adderall to curb the mental effects of their disabilities, helping them focus at school or work.

In 2013, over 3.5 million children used some form of ADD/ADHD medication, whether it be Adderall, Ritalin, Concerta or Dexedrine, leading to over $9 billion in sales. That number marked a 500 percent increase in the drug's use since 1990.

As much as Adderall boasts real-world benefits, the second -- and equally pronounced -- category of people using the drug are those who use it recreationally.

Whereas those who need the drug use it to “stabilize” themselves, those without disabilities use the drug for its euphoric properties and its ability to give users energy to hyper-focus on a specific task.

While other uppers, like cocaine for instance, give you a broad sense of energy, Adderall gives you targeted energy to use on something specific.

(This is the second time I've brought cocaine up so I should probably take a moment now to make clear I haven't done either drug. My opinions are based on conversations I've had with people who have done both and general research.)

One major commonality Adderall does share with cocaine is its ability to work as an appetite suppressant.

Without going into details about body image issues in Hollywood and the infamous lengths producers/agents/directors have gone through to make the on-set talent as thin as possible, I'm sure you can imagine scenarios where someone looking to get ahead in the entertainment industry could see the benefit in using Adderall recreationally to curb appetite.

The issue is, because it is a prescribed drug and not used for pain management, dependency on Adderall is a part of Hollywood that is rarely talked about.

It's just not as sexy of an addiction when you compare it to coke, speed or Percocet and Oxycontin.

Justin Bieber is arguably the biggest celebrity to openly address his issues with the drug.

In an interview with GQ published in February 2016, Bieber talked about how he used Adderall for ADHD to help him concentrate, but was planning on weaning himself off with natural sleep aids because it was giving him anxiety.

This is my first day off Adderall... I've been getting a lot of anxiety, and they think it's stemming from the Adderall. That's why I've stopped taking it. Or else I wouldn't stop, because I really enjoy it.

Going on to say,

Bieber is far from the only celebrity who has struggled with Adderall.

In April 2015, Radar reported Jessica Simpson needed to have an intervention after abusing Adderall (and alcohol) to help with weight loss.

A source described the intervention, saying,

The family dinner started off as a nice conversation about how she should maybe cut back on her workouts and dieting, but it turned into a heated fight. [Sister] Ashlee really called her out and told her she needed to get help, but Jessica freaked and ran out in tears. Now everyone's on pins and needles about what to do.

Demi Moore was hospitalized in 2012 after collapsing from a seizure that many speculate was caused by her frequent use of Adderall, whip-its and Red Bull.

There is a chance Lindsay Lohan even accidentally became addicted to the drug.

TMZ reported in 2013 Lindsay threw a fit during a stay at the Betty Ford clinic, threatening to boycott her rehab stay when they told her they would not be supplying her with her Adderall prescription.

She claimed she had been taking the drug since she was a kid because of an ADD diagnosis.

Doctors at the clinic, though, said either her claims were false or her doctors back then simply misdiagnosed her, which led to her dependency issues.

In an article on xoJane in 2012, an anonymous celebrity chronicled her addiction and eventual split from Adderall while shedding some light on how the substance is viewed in Hollywood.

Hilariously enough, last night I actually ran into the quack who first prescribed Adderall to me in 2008, right around when Britney Spears was losing it, and I even saw Britney's tox-screen at the time, and let me tell you, that made me more careful with the amount I was taking. I went from 10 mg in the morning to 15 mg. Depending on how cokey I wanted to feel. As any addict knows, Adderall feels spikey when you're on it, like Ritalin in the impact. Except now that I'm off of it I can actually see how truly gross it was starting to make me. I can also tell you that the kick is tolerable -- and totally worth it. Know what's unbelievable? The loser drug-pushing faux-groovy psychiatrist quack who introduced me to Adderall even had the gall to charge me $2,000 a session. It's like getting me hooked on what is considered the socially acceptable, totally legal version of cocaine wasn't enough for him. He had to financially screw me, too. And thanks to medical jokes like him, everyone in this city is tweaked out of their brains on the stuff.

Its Schedule II classification -- aka, the ability to be handed the drug by a pharmacist with a prescription -- will continue to give Adderall a sense of legitimacy over other illegal party drugs while living in a grey area in the eyes of larger governing entertainment bodies.

As it stands now, the NFL allows the drug with a prescription while still outlawing Schedule I drugs like marijuana. (This classification, by the way, prevents further government research to be done on the effects of marijuana.)

The NFL's views aren't commonly held among the professional sporting community, though.

US Olympic gymnast and core member of the Final Five Simone Biles had to deal with backlash after a World Anti-Doping Agency leak revealed she had been on Ritalin, a substance banned by WADA (while Ritalin and Adderall are technically different drugs, they are both classified as Schedule II substances that treat ADD/ADHD).

She tweeted after the leak, explaining she had been on the drug since she was a kid and that she believes in the concept of "clean sport."

It's unclear whether Adderall will ever be legally reclassified or if Hollywood in general will ever widely acknowledge its hold on the entertainment industry -- like they did with pain pills and cocaine.

With the growing number of young talent relying on substances like Adderall to give them an edge in one of the most competitive industries on the planet, it's maybe something studios should consider taking a look at before the epidemic gets out of hand.