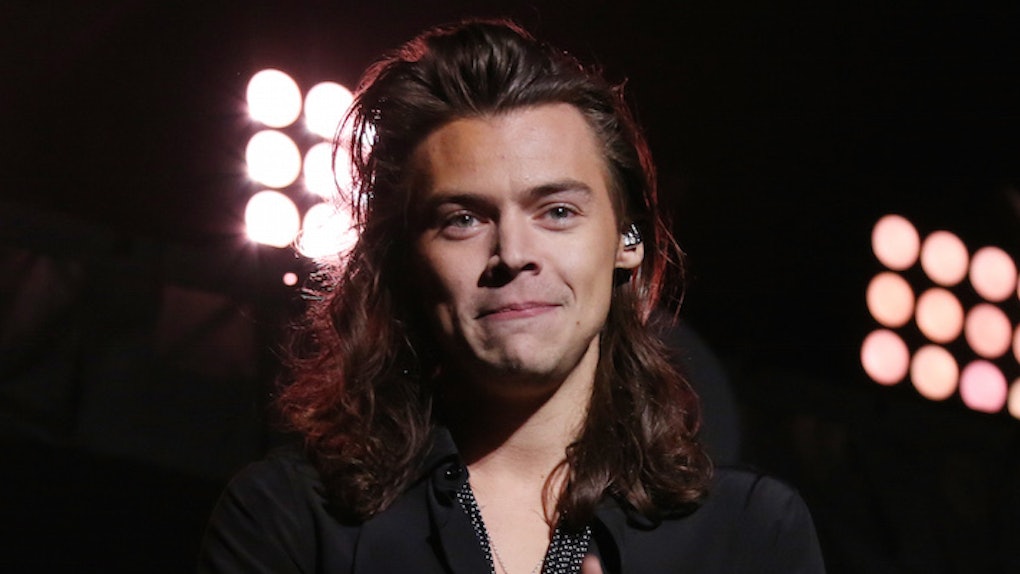 Harry Styles just did an edgy photo shoot for Another Man Issue 23, and he's almost unrecognizable.

I didn't even know who the hell the guy was on the cover before reading his name.

For the shoot, Harry modeled a few different looks and changed up his hair quite a bit. If you follow the former One Direction singer, you know he got a haircut recently for his movie role in "Dunkirk."

However, it looks like Harry Styles brought back the long locks for Another Man. Holy crap, WHO IS THIS MAN?!

It doesn't stop there, people. Harry also rocked bangs and a turtleneck sweater. Please tell me that's a wig...I can't deal with this right now.

Get up off the floor, quick! There's one last pic from the shoot and it's the best one so far.

Harry is literally wearing fur and a collar in this one. It's basically a belt buckle around his neck. WTF IS HAPPENING? I CAN'T BREATHE.

No one is OK, no one knows what to feel. The One Direction fandom is losing it.

HARRY, GIVE US SOME ANSWERS. WHAT IS GOING ON?

All we know is the singer was interviewed by Paul McCartney and Chelsea Handler for the issue, which hits stands on September 29.

Either way, I think it's clear Harry is doing pretty well as a solo artist, actor and model.

YEAH, I SAID MODEL. Look at him. LOOK AT HIM, GOD DAMMIT.

Harry could literally have a garbage bag over his head and it'd still be drop dead gorgeous. All of these photos deserve to be hung in the MOMA or some shit.

Harry, thank you for blessing us once again with your perfect looks. You are an angel, and we are not worthy of your presence.