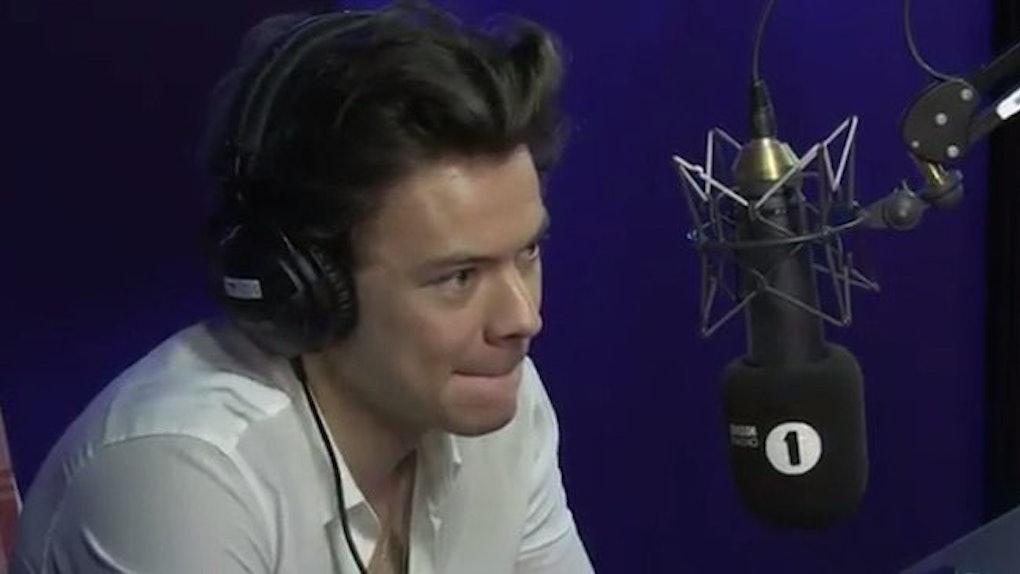 Harry Styles Was Asked About Taylor Swift In Awkward Interview

It seems like it was forever ago that Harry Styles and Taylor Swift dated.

In actuality, it was four years ago -- so yeah, forever. You would think by now, the famous exes would have perfected their interview responses about each other, but that's just not the case. At least not for Harry.

As a reminder, the lyrics read:

After telling Styles everyone thinks this song is about Taylor Swift and the theory has been "on the actual news," host Nick Grimshaw straight-up asked the pop star,

What is this song about?

He tried to dodge the question, screamed for help from his manager and eventually stumbled through what is the opposite of a clear answer, saying,

I mean I think it's pretty like self-explanatory... Help me, Jeffry... I think, you know, it's about sometimes things change and you can be, you know, do all the same things and sometimes it's just different. You know?

Then, it got even better because before Grimshaw went to play the song, he said,

OK, here we go. The one about Taylor Swift.

Highly suspect. I mean, did you really think no one was going to ask you about this, Harry?

Back in April, the 23-year-old former One Direction band member told Rolling Stone,

Certain things don't work out. There's a lot of things that can be right, and it's still wrong. In writing songs about stuff like that, I like tipping a hat to the time together. You're celebrating the fact it was powerful and made you feel something, rather than 'this didn't work out, and that's bad.'

You can decide for yourself, but based off everything he's said -- and not said -- I think this song is definitely about Taylor.

Now can someone please get the "Style" singer on Grimshaw's show so he can make things even more awkward?

Citations: Harry Styles is asked if his new song is about Taylor Swift and it gets super awkward (Mashable)