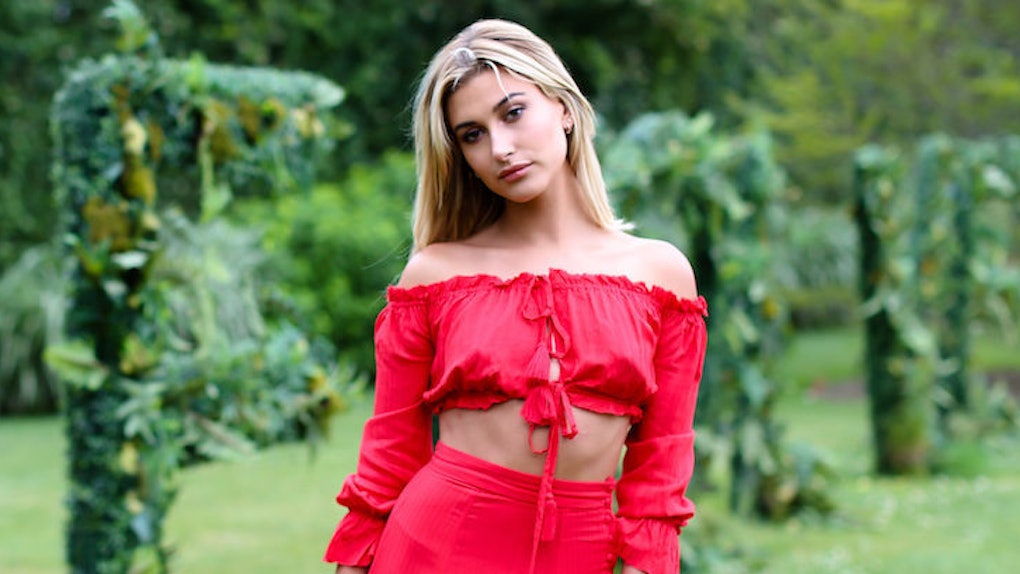 Hailey Baldwin is swerving on both Drake and Justin Bieber. So enjoy your public displays of affection, Drake.

Have fun on that boat with your new beau, Biebs. Baldwin is ballin' and moving on.

The 19-year-old model just told ES Magazine about her new celebrity crush and to be honest... it's kind of a chin-scratcher. She said,

I am obsessed with John Mayer. I love him. I just think he's so talented. I have his documentary in my iTunes. I watch it all the time. I know [his 2006 album] "Continuum" start to finish, every word.

She even met Mayer when she was out to eat with actress and singer Hailee Steinfeld. Hailey dished,

I was at dinner with Hailee Steinfeld at the Nice Guy — which is so bougie and sceney, but they have a phenomenal kale salad — and he pulled Hailee aside to say he'd heard her song and thought her lyrics were awesome. I was digging my nails into her arm, like, 'Oh my goodness, John Mayer told you your music is great?' I was tripping!

No word yet if Mayer told Baldwin that her body was, indeed, a wonderland.

This isn't the first time Baldwin has confessed her feelings for the singer.  She's been tweeting about John Mayer for years.

But bad news, she continues,

It's not on the cards for me. I'm just trying to handle myself, this lifestyle, this job, the traveling. So the thought of having to be responsible for someone else's feelings? I don't know if I'd be able to.

Looks like gravity isn't the only thing working against you, John. It looks like fame is as well. (Insert broken heart emoji here.)

Citations: Hailey Baldwin Reveals Her Celebrity Crush: 'I Am Obsessed With John Mayer' (US Magazine)