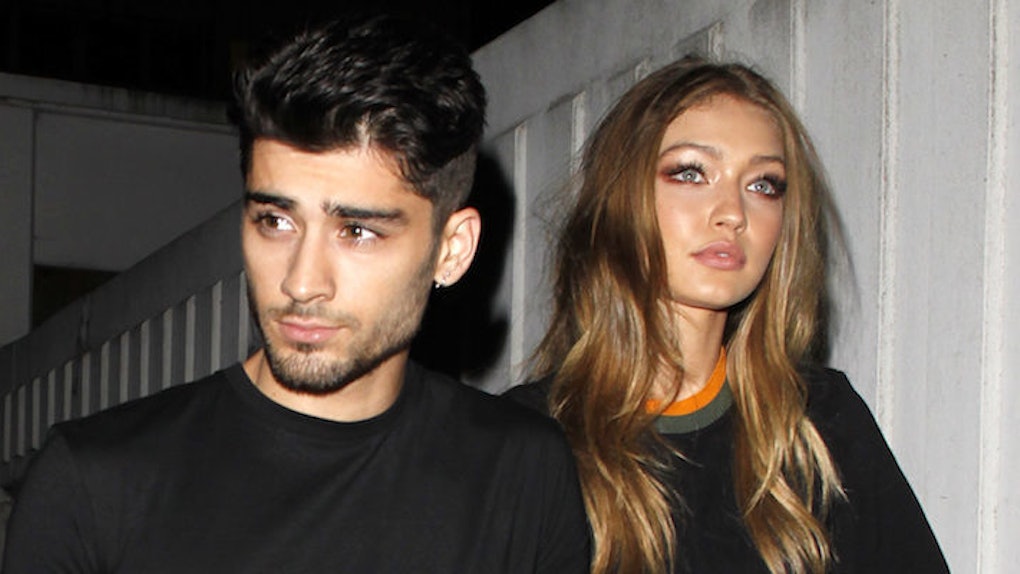 No one should mess with Gigi Hadid.

We learned that this week when she was quick to throw elbows at a prankster who picked her up as she was walking to a car in Milan with her sister Bella after a fashion show.

Even though she was surrounded by paparazzi, fans and even bodyguards, the supermodel was able to free herself from the prankster's hold in seconds. He let go pretty quickly.

But the situation would have probably been a different story if her boyfriend, Zayn Malik, was there.

"The Fault in Our Stars" star Ansel Elgort tweeted at Gigi, playfully asking her where Zayn was during that incident.

She had the best response.

Yeah, he's cute, but you don't want to mess with this guy.

I mean, he definitely works out a little.

I think together they would make a kickass (and super hot) crime fighting team.

Shortly after defending herself like a true boss, she slayed the runway at the Fendi show in a completely sheer dress, proving she can be a self-defense master and runway model without breaking a sweat.

Gigi Hadid walking the runway at the Fendi SS17 show. Is one nipp* * higher than the other? pic.twitter.com/rWATpifnvP — CICCONE (@Madjesty1) September 22, 2016

But Gigi was also vocal in the wake of the incident, letting everyone know something like that can happen to anyone, and it's important for girls of all ages to be prepared. She tweeted out this powerful message addressing her female fans directly.

She also took the time to thank her boxing coach.

At least we know any stranger dumb enough to grab Gigi Hadid will learn his lesson whether Zayn is there or not.