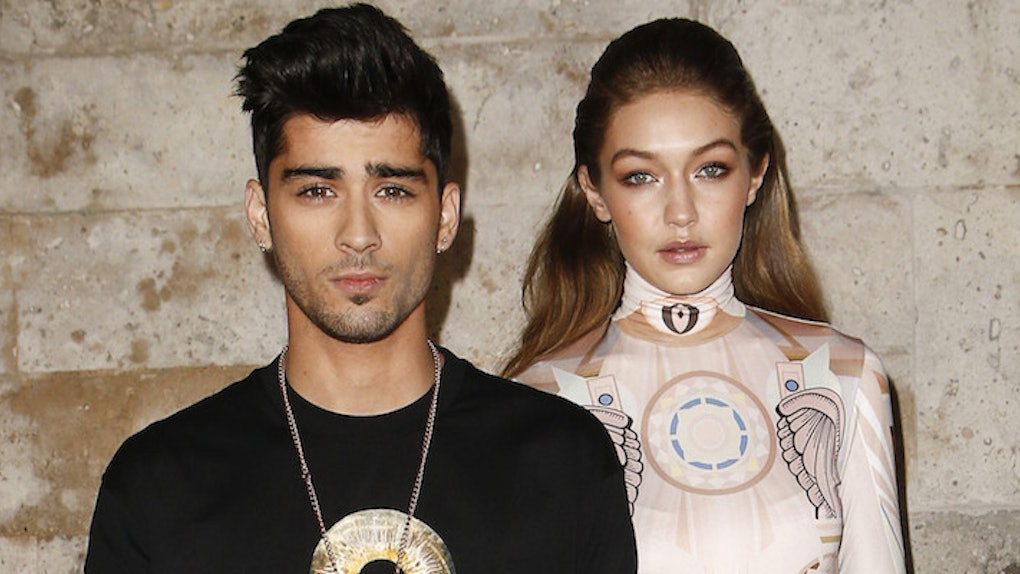 They're one of the few celebrity couples out there still giving people hope that true love might actually exist -- admit it.

I mean, when was the last time you heard about Gigi and Zayn feuding or dealing with any drama in their relationship? Yeah, just about NEVER.

As a matter of fact, Gigi and Zayn have done nothing but support each other's dreams.

From sending each other sweet tweets before big defining moments in their careers to gushing over each other in exclusive interviews, these two make the whole relationship thing look like a real breeze.

In a recent interview with E! News, 21-year-old Gigi Hadid sits down to talk about the 2016 American Music Awards, which she'll host alongside actor and comedian Jay Pharoah.

Tinashe and Jason Kennedy will host the red carpet. This isn't the first time Gigi will host a major awards show. Back in June, the model hosted the iHeartRadio Much Music Video Awards.

Since that was her first time hosting such an event, Gigi plans to change up her game plan and use the lessons she learned back in June to help her crush the AMAs.

I've watched the AMAs forever, so obviously it's a huge honor and privilege to be able to do it. My first AMAs that I went to was in 2013. I remember I wore a Prabal Gurung suit and I was really excited about it. I was just glad that somebody took a picture of me, honestly, and knew who I was.

While this particular awards show is a HUGE deal for just about anyone in the music industry as well as their loyal fans, this show will be even more special to Gigi since boyfriend Zayn Malik is nominated for the New Artist of the Year category.

Good luck, Zayn! Although, you probably won't need my best wishes. After all, Gigi has officially confirmed that she is voting for Zayn.

I am definitely voting for him... I don't know if I'm allowed to say that as a host, but I am.

Well, there you have it, people. It's time to go back to the drawing board and reestablish your #RelationshipGoals. These two lovebirds just keep raising the bar higher and higher.