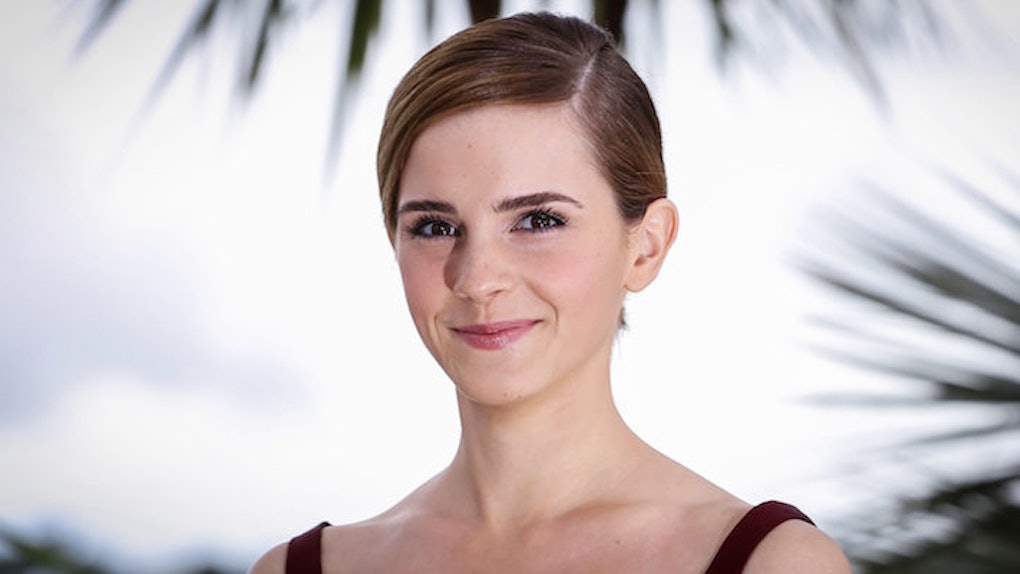 Emma Watson is one tough cookie, and she's definitely not going to take your shit.

Not only is she one of the most successful actresses in Hollywood, but she's also a prideful feminist who will let no one taint her image in any way, shape or form.

The website Celeb Jihad learned this the hard way after allegedly stealing explicit photos of Watson and posting them online.

According to TMZ, the photos were of Emma posing in a sheer top with no bra, revealing her nipples.

After the 26-year-old actress discovered the website had posted her personal photos, she quickly got her legal team involved, and they sent a cease and desist letter to the site.

According to her team, Emma's stylist took the photos and gave her the rights to them.

Because of this, Celeb Jihab was essentially breaking the law by posting the photos on its website without asking Emma.

PSH. Even if the site did ask, the answer was clearly going to be "no."

Soon after the letter was sent, Celeb Jihad reportedly took the photos down. Looks like Emma scared the crap out of them, but who wouldn't be afraid of someone as fierce as her?

Lesson learned: Do not steal what isn't yours, especially not half-naked photos of Emma Watson.

She is not fucking around.

Citations: EMMA WATSON TAKE DOWN SEMI-NUDE PICS OR ELSE! (TMZ)