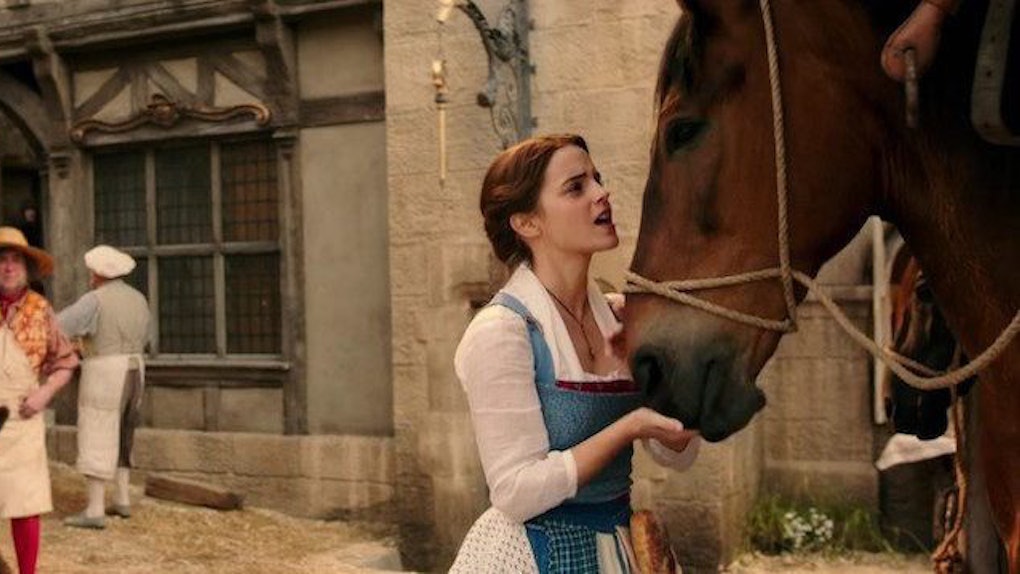 Emma Watson Was Nearly Trampled By A Horse On Set

Don't come at me with that "But Hope, they're majestic creatures! Nature at its most beautiful!" crap either.

Horses are big enough and smart enough to know they can kill you if they wanted. Have you ever stood in a stall with a horse? You can see the menace in their eyes -- which allow them a 350-degree range of monocular vision.

Thankfully, evolution had the foresight to give these land beasts molars instead of canines, otherwise their bloodlust would never be quenched.

Recently, on Jimmy Fallon's "Tonight Show," Josh Gad (who played LeFou in "Beauty and the Beast") revealed his horse, named Buddy, was straight-up a bastard.

On top of just being a jerk, it almost ran over Emma Watson.

Gad mentions Luke Evans' (Gaston) horse played his part to perfection, but when it was Gad's turn to ride through the village, instead of taking the planned three steps forward, his horse moonwalked backwards before taking off into a set full of villagers.

While Watson screamed no, most of the people on set were more concerned for her safety. Gad went on to say,

Thankfully, no one was hurt due to Gad's horse.

If anything, I hope this story sheds light on what a menace horses truly are -- they are not to be trusted.

Yes, I do realize we're the ones who insist on sitting on their backs and having them carry us to places, so maybe we're the real monsters, but anything that can kill me with one kick is my natural enemy.

That's right, horses. I'm onto you.

Like... onto your scheme of overthrowing mankind. Not onto you like "here I am, on top of your saddle for a ride."

Citations: Emma Watson Had a Hilarious Close Call With a Horse on the Beauty and the Beast Set (Time)