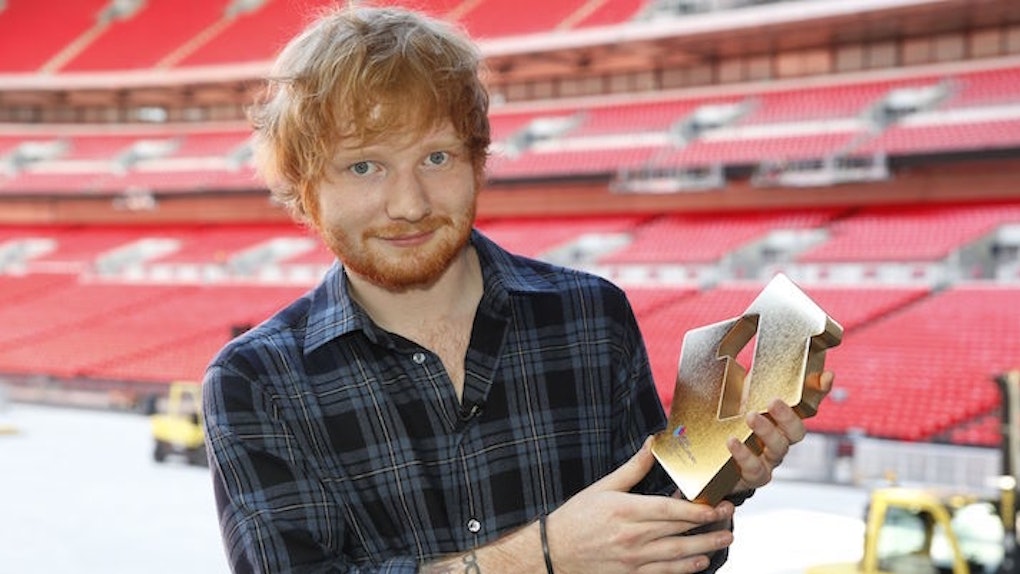 Ed Sheeran Tweeted For The First Time in A year

Anyone know what the deal is with this weird crap Ed Sheeran is pulling on Twitter?

The real-life Hobbit and Grammy winner hasn't been a driving force online in a while -- 52 weeks to be exact.

That marks the last time Ed updated any of his social media accounts, posting this uber-preachy note screenshot explaining his exit from the web.

UGH, WE GET IT. Of course Ed Sheeran would be THAT GUY when it comes to taking a break from cell phone screens.

Anyways, today, Ed Sheeran made his entrance back to social media and it makes no sense... like actually makes zero sense.

First of all, I'm going to expect everyone to be a huge dick and tweet at him saying, "OH, I thought SOMEONE was tooooo good for Twitter." Let's get #OHREALLYEDSHEERAN trending on Twitter, everybody.

Secondly, REALLY, Ed? You leave for 52 weeks and then you send a tweet that looks like you're shopping for color swatches at Lowe's?

We need substance, Eddy. Not a beautiful hue! Is this a new album? Is this a new single? Are you just very sad and wanted people to ask how you're doing? TELL US WHAT THIS MEANS.

His Facebook profile has also gone through a major blue-based face lift.

Of course, the internet has no idea what to think of this.

The only person who can tweet a blue square and have the whole internet go nuts is Ed Sheeran. #EdSheeranIsBack — JingleBell Jared(@jared_draheim) December 13, 2016

There is a large web constituency who is excited for Ed's return.

Some have been pointing out his return happened exactly one year, TO THE MINUTE, as when he left.

Is Ed fat now? Could this be the reason he tweeted?

GIVE SOME ANSWERS, YOU RED-HEADED, SQUAD-FRIEND ZONED, TEASE.

Citations: Ed Sheeran tweets for the 1st time in a year and no one knows what it means (Mashable)