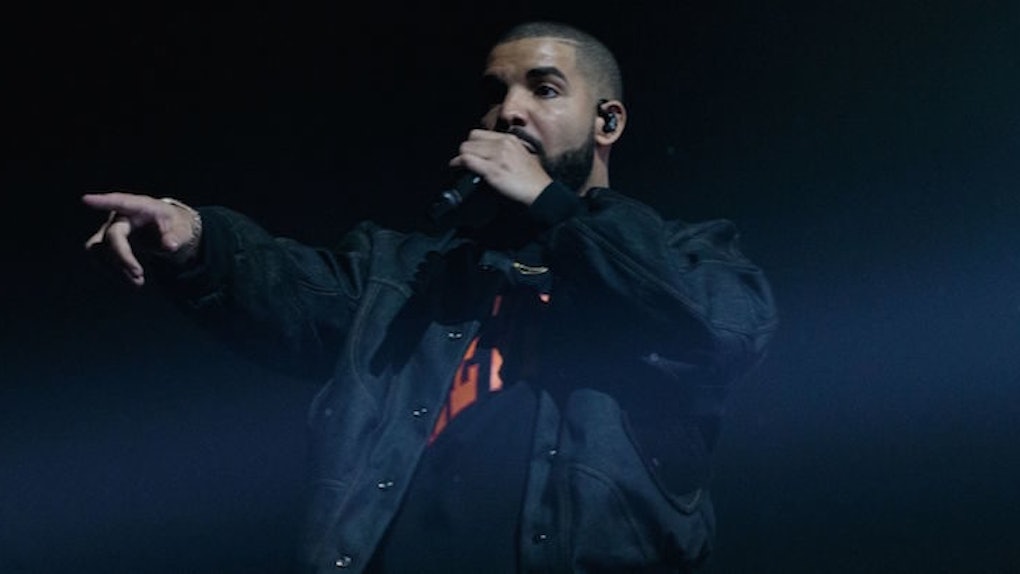 Drake Squashes Eminem Feud Rumors By Bringing Him On Stage

For a few weeks now, there's been rumors about a possible beef between Drake and Eminem. It's a weird combination for a feud, but after Drake apparently called out Slaughterhouse's Joe Budden on a track, the entire internet can't help but feel like something is up between him and Marshall, too.

NOTHING IS UP, THOUGH, OK?!?! SO BACK OFF! THEY ARE HAPPY AND FRIENDS AND EVERYTHING IS FINE!

Last night during a concert in Detroit, Drake even pulled Eminem on stage, the rap equivalent to Drake offering Em his first daughter to bond their two houses.

After Drake pulled Eminem on stage, he told the crowd,

Detroit, make some noise for the greatest rapper that ever get on a motherfucking microphone.

It is an honor to share the stage with this man right here. Detroit, one more time! Make Drake feel at home!

Eminem then posted this cute picture of the two to his Instagram.

The potential beef between Drake and Eminem started back in April when on his podcast, Budden said he thought Views was weak. Typical internet jabs got traded back and forth until Drake released a diss track, which included the lyrics,

I'm not a one hit wonder, they know all my stuff. You let me turn into the nigga that you almost was.

More stuff happened and you can read all about it here, but that's all history now!

Everyone is friends again!