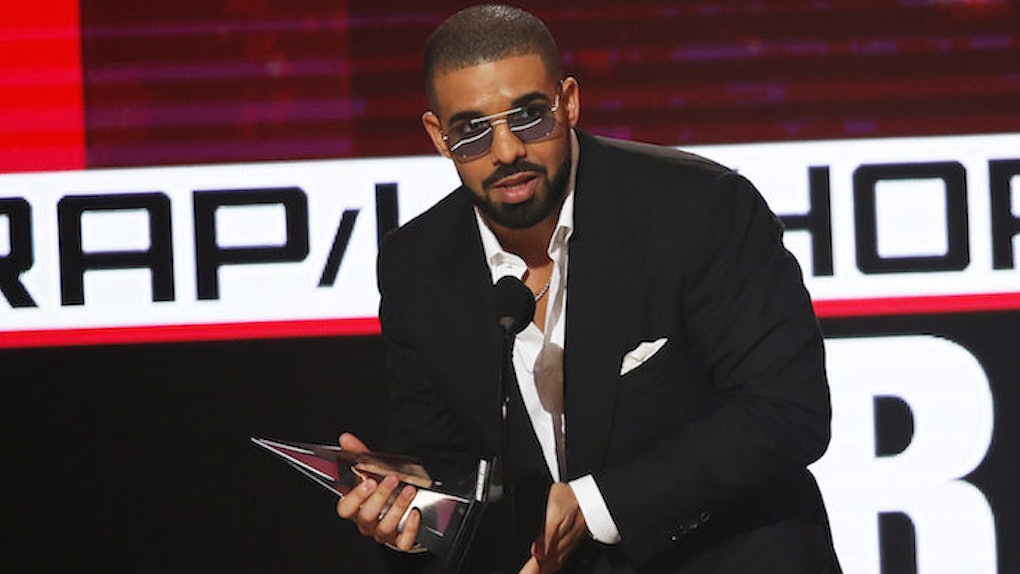 Question: Will Drake and Meek Mill ever make up?

Evidence: On Sunday night at the 2016 American Music Awards, Drake yet again publicly continued his feud with rapper Meek.

In his acceptance speech, Drake gave a lot of nice shoutouts to his fellow musical artists, including a VERY special shout for his longtime enemy, Meek Mill.

(And yes, I will acknowledge those ridiculous sunglasses now. Drake. Why?)

Congratulations to Drake for winning Favorite Hip-Hop/Rap Artist at the #AMAs! This is his acceptance speech: pic.twitter.com/vdOrNSkYwq — Pop Crave (@PopCrave) November 21, 2016

I want to give a big shoutout to my brother Future, and Fetty, of course, for making incredible music. I want to thank Kyla, who's here all the way from the UK. Without her, I never would have made the song 'One Dance,' so shout out to her. For our genre, I like to keep things exciting and keep making music. Shout out to everybody that's trying to do the same thing. More life is coming soon, and more tune for your head top, so watch how you speak on my name, you know?

The important thing to highlight here is that "coming soon" and "watch how you speak on my name" part.

So it sounds like Drake definitely has a new album cooking up, and he's not afraid to break out the diss tracks again.

Now, while Drake doesn't explicitly call out Meek Mill, you have to remember that Drake has a history of shading Meek in his albums.

I mean, this whole feud began when Drake dropped "Back to Back," his Meek Mill diss track, over a year and a half ago.

So yeah, I think it's safe to assume Drake is giving Meek and any other haters a pretty explicit warning: Watch what you say about me, or I'll drop another "Back to Back" in a second.

On the other hand, this is all coming from the guy who just ran around lip-syncing Taylor Swift for Apple Music.

So maybe Meek should take that warning with a grain of salt.