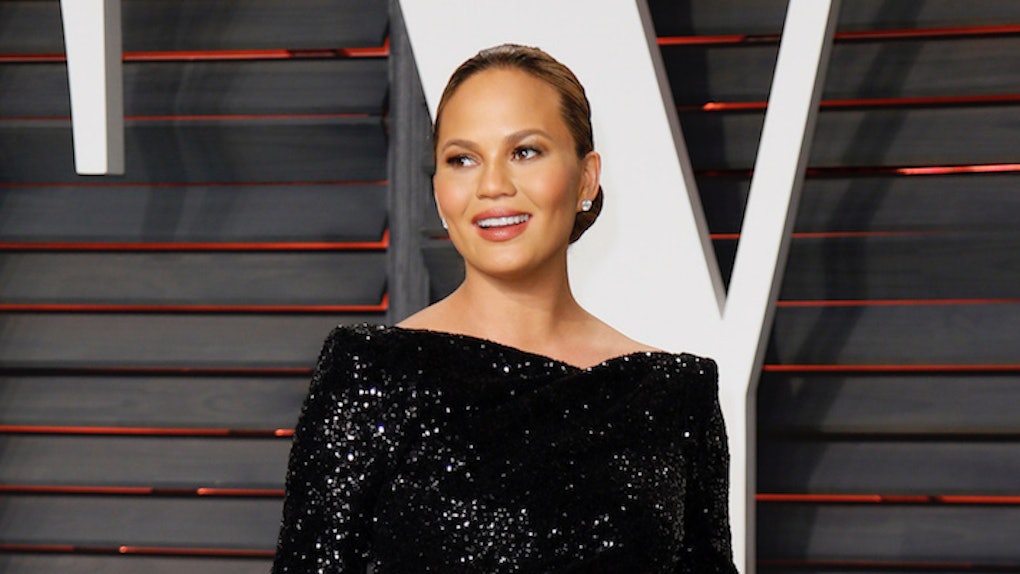 The first presidential debate between Donald Trump and Hillary Clinton on Monday night was the most live-tweeted debate in history.

Model Chrissy Teigen, a Twitter favorite, was tweeting with the rest of us as we watched the trainwreck of a debate.

Some say her tweets won the presidential debate because, as always, she was hilarious.

While most of her tweets were calling out Trump's ridiculous statements and terrible debate strategy, one of them was both hilarious and alarming.

Toward the end of the debate, Chrissy actually said she and Trump were a lot alike.

I'm sorry, but NO ONE is like that man.

Even though she's obviously joking, no one would ever want to be compared to Donald Trump. These days, that would be a straight up insult.

The only way Chrissy could be like Donald Trump is if she sported a wispy blonde toupee, painted her face orange and constantly interrupted people. But even then, she still wouldn't really be like him.

Trump made an ass of himself last night (like we all expected) and Chrissy didn't hold back at all.

Anyone who supports Hillary Clinton felt this way at some point during the debate.

This tweet is SO painfully true about Donald Trump. I was thinking the exact same thing.

Chrissy also got pretty ~deep~ with this one.

Triumph The Insult Comic Dog was her favorite part of the debate.

I was cracking up at these tweets (and everyone else's) during the rough 90 minutes that was last night's debate. If Chrissy wasn't live-tweeting, it would have honestly been a more painful experience.

Who else would love it if Chrissy Teigen was the moderator for the next debate?