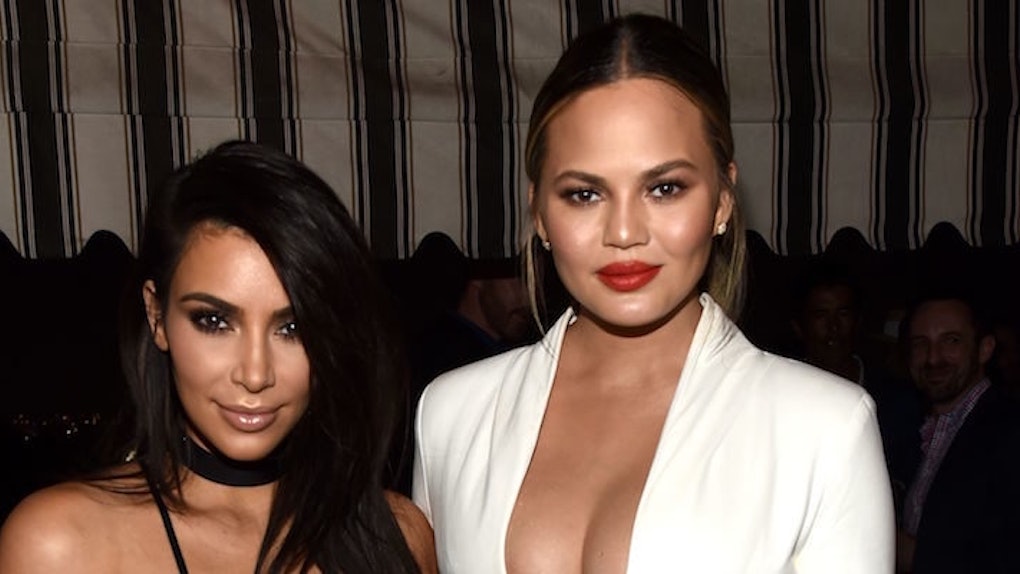 But yesterday, one of them died, and she went on Twitter and posted a Kanye West-style rant about it.

People didn't really sympathize probably because this isn't an everyday problem we can all relate too.

But, Chrissy Teigen gets it.

She sent Kim flowers and a card that read,

I'm so sorry for your loss, I know how much you loved your BB. You were both very lucky to have each other and you will always have the memories. xoxo Chrissy.

Kim loved it. She posted on Snapchat and said, "You guys, how thoughtful is Chrissy? She sent me this floral arrangement -- she just gets me."

Here's a breakdown of Kim's hard day when her BlackBerry finally called it quits:

First, Kim Kardashian started by announcing the death of her BlackBerry. Then, she said she had searched for another one on eBay but couldn't find any.

She also asked Twitter for its overall opinion on her BlackBerry obsession.

Remember, Kim is not like the rest of us.

Things started to get deep.

After that last tweet, Kim basically shut down. She started posting cryptic messages in the form of Kimojis.

And finally... she accepted the fate of her BlackBerry.