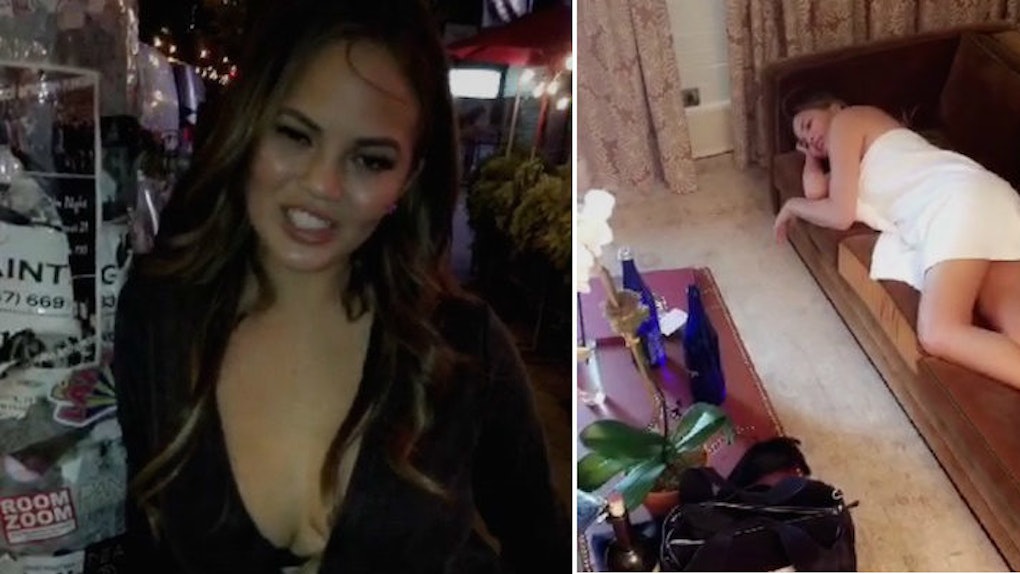 Chrissy Teigen's Hilarious Fashion Week Snapchats Will Have You In Tears

There is a hilarious masterpiece unfolding on Chrissy Teigen's Snapchat story, and no one understands why you're missing it like an idiot.

Kicking off most of the clips on her recent Snapchat story with “HEY GUYS, CHRISSY TEIGEN HERE AT NEW YORK FASHION WEEK,” the 30-year-old reported from a pile of trash, the parking lot of a 7-Eleven, “the Balmain show” (aka a restaurant kitchen) and a hotel couch.

The high point of the series is easily Chrissy throwing herself off the sofa, although the collection of snaps in which she spiritedly interviews a mural come in at a close second.

Fans are thirsty for more of these NYFW updates.

Ugh, Chrissy. We do not deserve you.