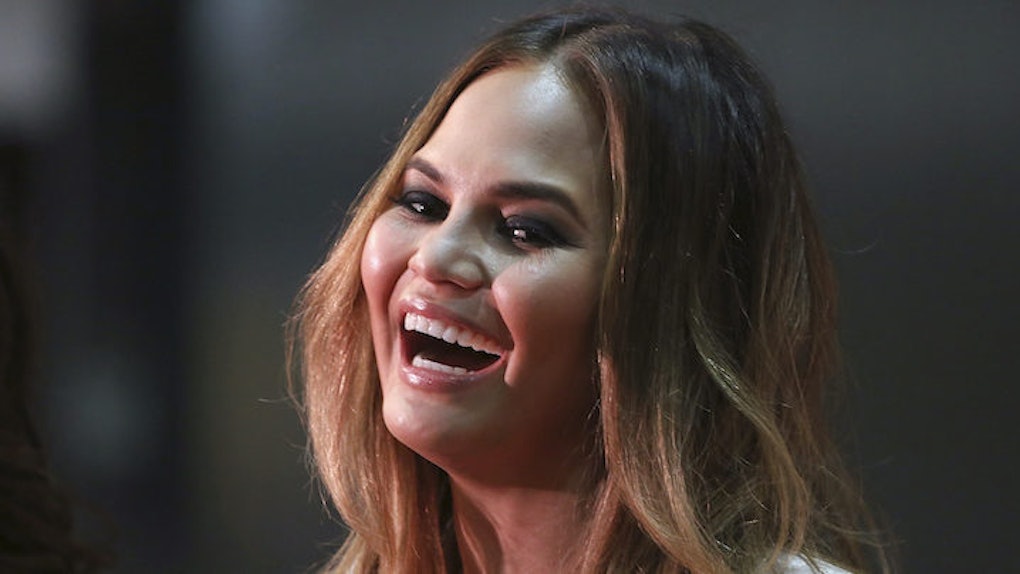 Chrissy Teigen Asked If She's Ever Had Sex With Turkey

I'm sure we can all agree that the incredibly hilarious supermodel is someone we should all be thankful for.

The 30-year-old model is unintentionally spreading some holiday cheer after announcing that she'd be hosting a Q&A session on Twitter.

While the overall concept of a Q&A might not be funny, a few of the questions that Chrissy had to deal with were fucking hilarious.

This is just as funny as the time she apologized to anyone who saw her "hoo-ha" at the AMAs this year.

The question that stood out the most? See it for yourself...

Have you ever fucked a turkey?

It's true. Someone actually asked Chrissy Teigen if she has ever fornicated with a turkey.

Are you even surprised these days?

Here's the moment a fan (I think) asked Chrissy Teigen if she's "ever fucked a turkey."

I'll admit, that's a pretty festive question to ask. It's also strangely intriguing... I mean, have you ever-... never mind.

While Twitter user Cumilf's question was laughable in the best and worst way, Chrissy Teigen's answer was even better. Why? Well, this wasn't just any ole Twitter reply.

Chrissy filmed a video of herself and recorded the honest truth behind the deeply personal question.

Damn, what a great answer. Most people would have chuckled to themselves and scrolled passed it, but it almost seems like Chrissy knew exactly how badly this Twitter user wanted to know the truth.

Chrissy T, thank you for always being yourself and always keeping it real no matter how many truly bizarre (and kind of disturbing) Thanksgiving-themed questions come your way.

Oh, and thanks for teaching the world how to politely shut down the haters...

You are a gem.

As for the rest of us, well, if you thought that question was foul play at the digital dinner table this Thanksgiving, just bring up politics with your family IRL and run for cover.