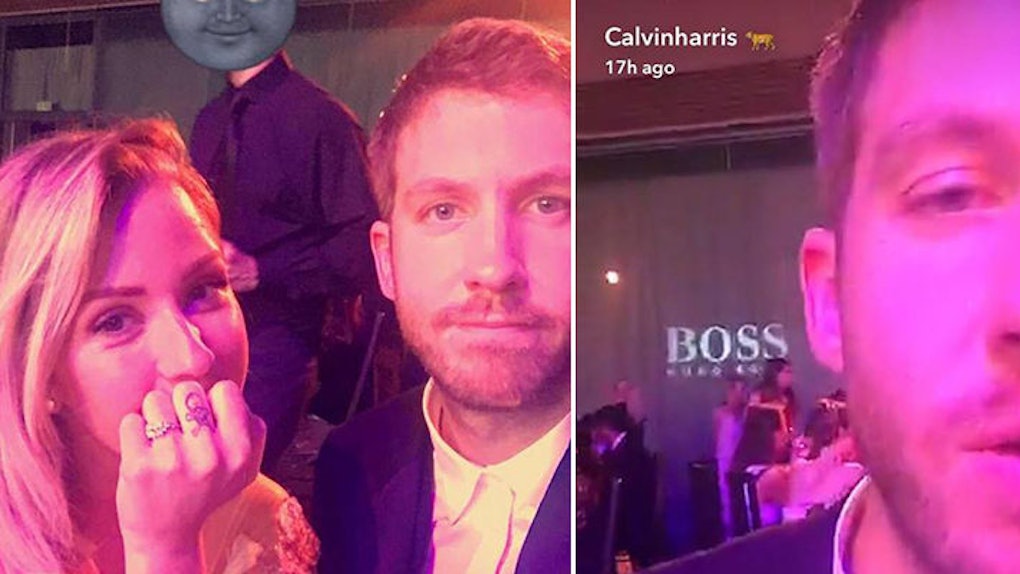 Everything came full circle last night at the GQ Men Of The Year Awards party.

Calvin Harris spent the evening with his good friend Ellie Goulding and flirted the night away. It's pretty funny when you think about it because Ellie was the artist who played matchmaker for Calvin and Taylor Swift.

On top of that, Taylor and Tom Hiddleston split last night, so that's just another layer added to the story. I guess Calvin had a lot to celebrate, including his Patron Solo Artist Of The Year Award and his ex-girlfriend's break up.

According to Snapchat, he seemed to have a really fun time with Ellie. The two sat together and joked they were no longer friends.

Calvin told his followers he got into a huge fight with Ellie at the GQ Awards and it was "awkward as fuck."

You can hear Ellie shout, "Not really!" in the back, so it was all in good fun. AW, CUTIES.

Look how flirty they are. HMMM, are they rekindling the flame? ;)

Ellie and Calvin were rumored to have dated back in 2013, but they've clearly remained good friends since their split.

Anyway, I think it's time they give the people what they want.

GET BACK TOGETHER ALREADY. Sorry Taylor Swift, better luck next time?