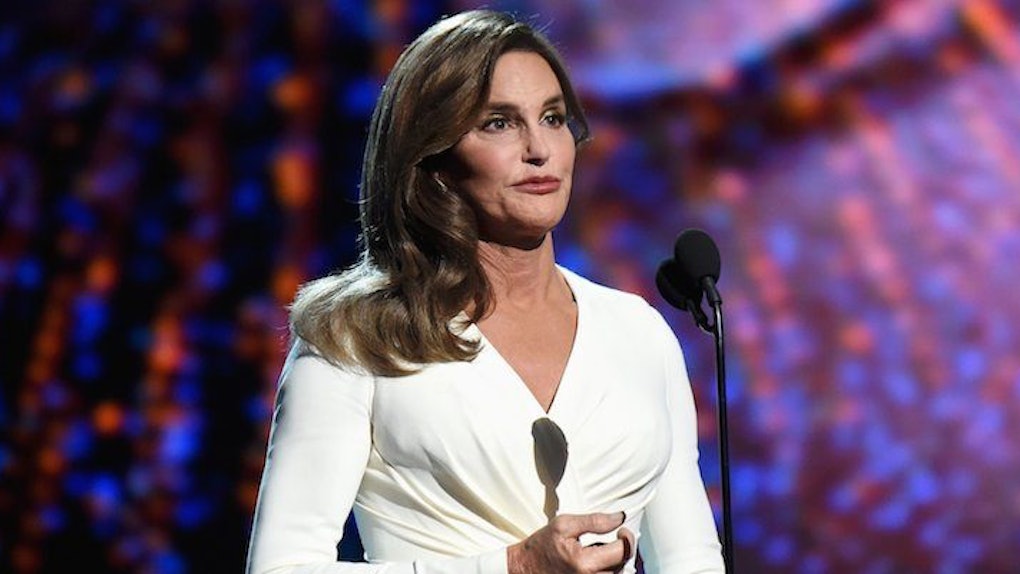 3 Reasons Caitlyn Jenner Embodies The Foundation Of This Generation

I think it’s pretty safe to say the world definitely knows who Caitlyn Jenner is.

But for those who are unaware, she is a transgender individual who lived as a man named “Bruce Jenner” for the majority of her life.

As a former Olympian, previously married to well-known reality star Kris Jenner (mother to the Kardashian girls), Jenner was known to millions as one of the world’s most famous athletes and fathers.

And as society has watched her life play out on television, read about her in countless magazines and “kept up with the Kardashians,” I still wonder if people realize just how important of a role model she truly has become.

So you can say what you want, but allow me to explain why our eyes should be on Caitlyn now more than ever before.

1. She’s shown us what perseverance under societal pressure truly looks like.

Everyone (I mean, EVERYONE) knows what it’s like to hold onto a secret we don’t want the world to know about. We keep these secrets for a variety of reasons: embarrassment, fear of being teased, people not understanding or looking at us differently.

What’s the shelf life on our secrets? How long can you, realistically, hold onto something that bears so much weight on your life?

Me, personally, I can hold on for maybe a month or two, but try holding on for 65 years, like Caitlyn did.

In her recent interviews and blog posts on www.caitlynjenner.com, Jenner tells the world she’d been living as a man for years, while feeling like she wasn’t truly living the way she wanted.

The reasons she kept her secret are the same reasons we, too, struggle with opening up to others.

Society kept her quiet, and I think we can all relate to that.

See, when people look at a celebrity’s social media following or fancy wardrobe, they forget they’re people just like us.

There’s nothing that separates their hardships from ours; pain is a nondiscriminatory disease that affects everyone in different ways.

Caitlyn kept going, and when she decided to disregard what society told her she was and began living the way she, in her heart, wanted to live, that’s when she found her joy.

It's something we can all see in the way she now glows in the spotlight.

2. Acceptance and authenticity are her only agendas.

At the root of our successes and failures, I think the only thing we, as humans, are chasing is acceptance from those who matter most to us (and, sometimes, from those we don’t even know).

Whether this desire of ours is harmful or helpful, we can’t deny it’s something we all battle on a daily basis.

But, what if we learned to chase the desires of our hearts rather than the expectations of our parents, friends, boyfriend, girlfriend, neighbor, employer, etc.?

“Let’s live our true selves and make a positive difference while doing it.”

3. She (and many like her) gives us hope for a more understanding world.

Caitlyn Jenner’s story is one of thousands, perhaps millions.

And, whether you are struggling with an issue concerning identity, bullying, eating disorders, mental health or depression, loss or anything along those lines, she shows us things can get better.

This generation, and those past, have seen a lot and struggled plenty.

It’s easy for issues to get brushed under the rug. When that happens, we feel powerless or like nobody on the planet understands the hardships that cripple us.

Caitlyn’s story isn’t popular because it’s the “trend,” it’s popular for the same reason most heroic stories are: It gives us real hope for a future in which people can be themselves, in whatever manner they choose to define that term.

We’ve seen that become the result in her life, and hope for the same in our own.

For those in need, understand you’re not alone in whatever it is that has you feeling small. I promise you someone, somewhere has been there, and someone has risen from the place you’re in.

There’s hope; know pain is temporary, and there are better and brighter things to come.

Timing is a weird thing, and sometimes can be a huge barrier.

It is one of the only things we can’t entirely control. But, trust there’s a larger plan, a larger reason for what you’re going through and a larger joy that’s coming.