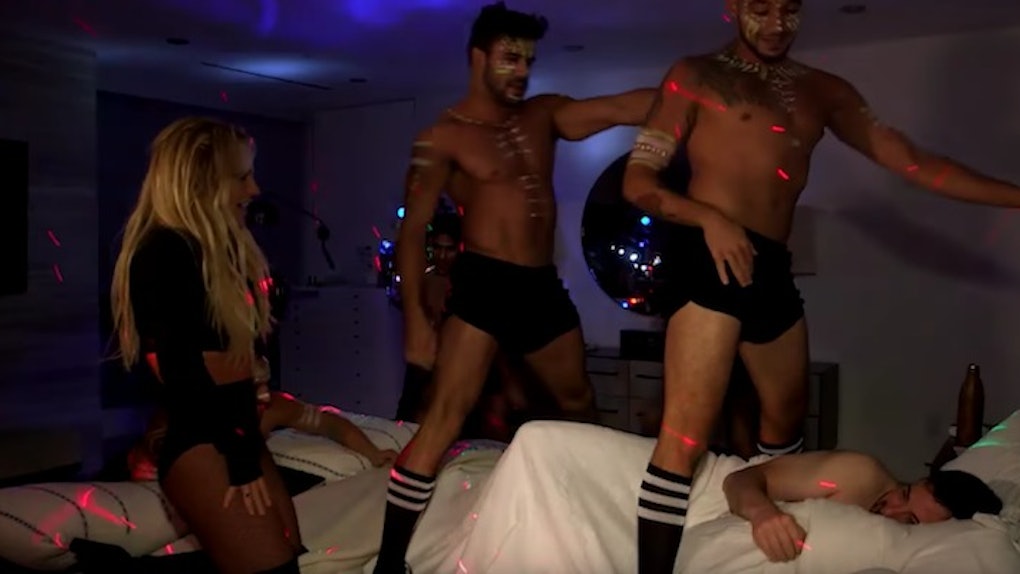 Jimmy Kimmel got a taste of his own medicine last night.

If there is one thing the late night talk show host is known for, it's pranks. Jimmy has made a name for himself online as someone who does not shy away from pulling a fast one on unsuspecting people when the opportunity comes up.

It's actually sort of gotten to a point now where he's turning his audience into a little army of pranksters hellbent on destroying the emotions of their children.

LOOK WHAT JIMMY MADE THEM DO!

AND THEN DO AGAIN!

HE'S NOT EVEN JUST DOING IT TO KIDS! DIS A GROWN MAN!

AND THEN THERE WAS THE TIME THIS HAPPENED!

If you have been publicly embarrassed by Jimmy in the past, this is the payback you've been waiting for.

With a little help from Kimmel's wife, Molly McNearne, a full dance crew and lighting team, Britney Spears was able to throw an impromptu, super-late concert in Jimmy's bedroom.

It should be noted Britney VERY MUCH can still throw down. For a late-night residential concert, Brit put on a SOLID show. Also, her new song sounds dope.

SO YEAH! IN YOUR FACE, KIMMEL! HOPE YOU ENJOYED THAT BEAUTIFUL CONCERT YOU DUMB PRANKED IDIOT!