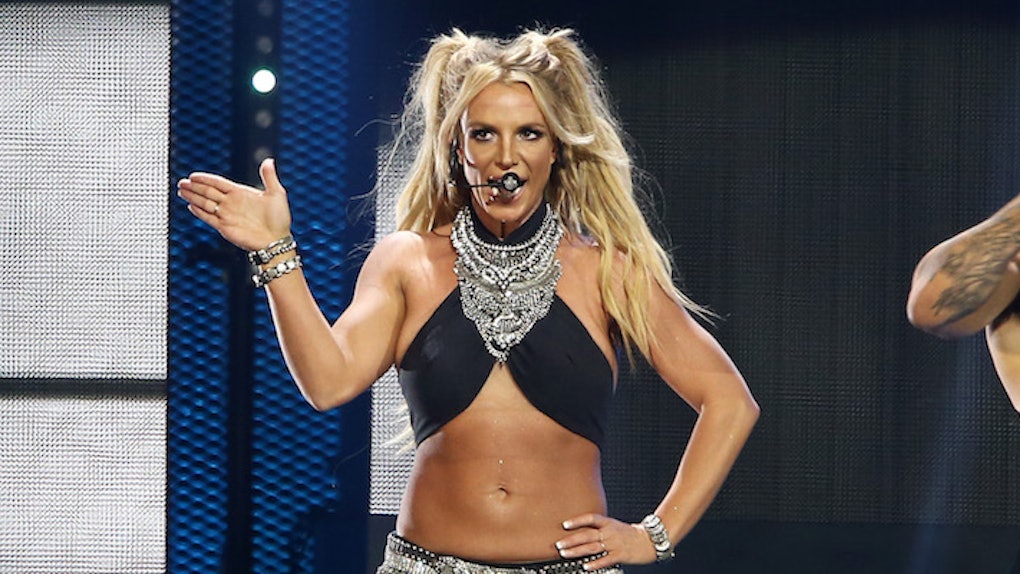 Well, 2016 may be the year we usher in the apocalypse, but at least we got to see Britney Spears in pigtails one more time.

In her latest comeback move, the 34-year-old former pop princess went full on "...Baby One More Time" at the 2016 iHeartRadio Music Festival in Las Vegas over the weekend.

Yep, Britney is well aware of the power of the pigtails, and no one in the T-Mobile Arena on Saturday was immune to the wave of nostalgia.

WARNING: Looking at these photos for a prolonged period of time may result in bittersweet longing for 1998.

The pigtails and headset microphone just look so right on Britney.

All the "...Baby One More Time" feels are flooding back.

Sure, she's a little bit old to pass as a school girl now, but you think Britney cares? She's Britney, bitch!

She even did that classic Britney thing where she seductively runs her hands through hair, aka the only dance move I knew from ages 15 to 20.

Like I said, no one was immune to the nostalgia.

Britney is currently in the middle of a full-fledged comeback attempt, so it makes sense she would bring out the big pigtail guns.

Last month, she dropped her new music video for "Make Me," released her new album Glory and performed at the MTV Video Music Awards for the first time in nearly a decade.

She even made an appearance on "The Late Late Show" to join James Corden's "Carpool Karaoke," though sadly it was pretty awkward.

No tour dates have been announced as of yet, but she will be making an appearance at London's Roundhouse for the 2016 Apple Music Festival tomorrow. So maybe this is like a secret tour?

But for real, Britney, I'm rooting for you and your comeback. Just stick to this nostalgia thing and you'll be fine.

Citations: Britney Spears Gives Us 'Baby One More Time' Vibes as She Performs in Pigtails at iHeartRadio Music Festival 2016 (Us Weekly)