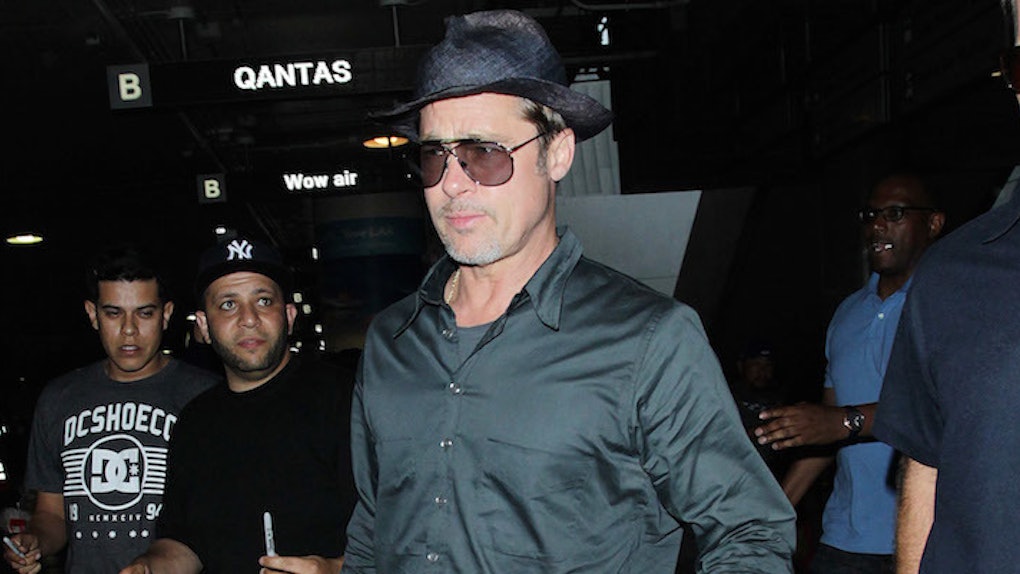 I feel like Brad Pitt and his team are mostly just releasing statements at this point.

Following his divorce from long-time partner Angelina Jolie and allegations of child abuse, the 52-year-old actor has reportedly decided to skip the premiere of his new movie the he provided narration for, “Voyage of Time.”

In a statement released to US Magazine, Pitt said,

[Filmmaker] Terrence [Malick]'s Voyage of Time is an incredibly beautiful and unique experimental IMAX film for children and families chronicling the birth of time. I'm very grateful to be part of such a fascinating and educational project, but I'm currently focused on my family situation and don't want to distract attention away from this extraordinary film, which I encourage everyone to see.

Last week after it was announced the couple had split, Pitt himself told reporters,

After this original release, his team then had to go on damage control over rumors that the father of six was being investigated for child abuse after an incident on a plane tarmac where Pitt was allegedly observed to be drunk and aggressive.

The LAPD initially denied the claims that they were handling any investigation over the rumors of abuse.

The LA County Department of Children and Family Services went on record saying that they could not "confirm or deny the subjects of our investigations" as per the department's confidentiality laws.

TMZ pointed out that because the alleged abuse happened while on the plane, there is a possibility the case may be out of the LAPD's jurisdiction and was handed over to the FBI.