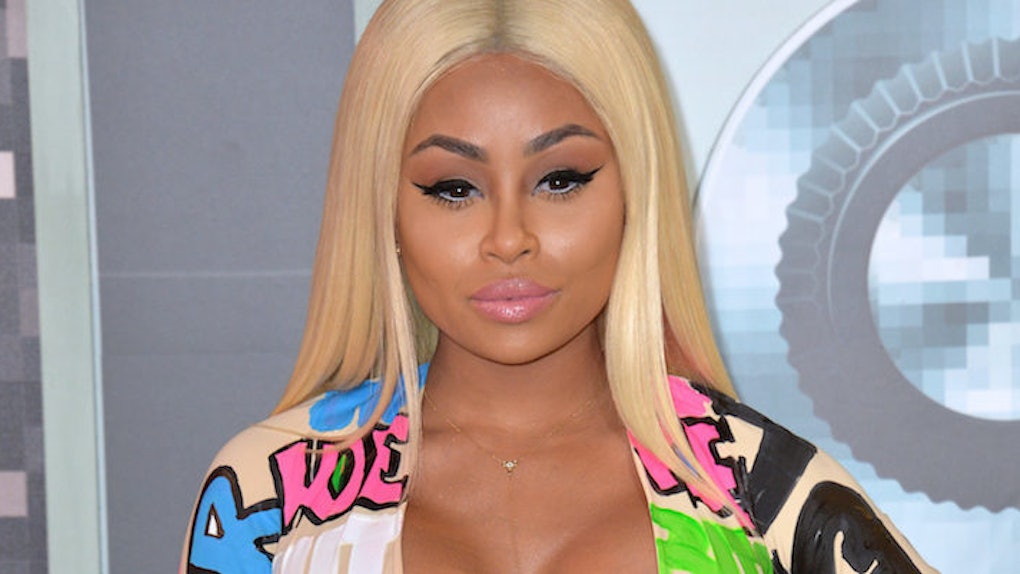 When Kim Kardashian revealed she planned on eating her son's placenta last year, we were all a little thrown off.

Apparently, eating your baby's placenta is all the rage in the Kardashian West fam, because Kim's almost sister-in-law Blac Chyna might be planning on doing the same.

Blac Chyna is engaged to Rob Kardashian and expecting the arrival of their daughter in November.

According to Daily Mail, Chyna recently went on Amber Rose's podcast and hinted it would be a good idea to eat her placenta in pill form. She said,

You can get these pills to take them after to make you and the baby healthy. If you notice dogs and cats, when they have their babies, they eat the placenta... You're like, 'No, don't do that!' But they do, it's a healthy thing.

Healthy, but slightly nauseating. She continued,

I feel like with my second baby, I'm more educated than the first one.

Chyna had her first child, King Cairo, who is now 3 years old, with Tyga, and has seemingly learned a lot since then about post-pregnancy health.

Or, maybe she's just trying to keep up with the Kardashians.

Citations: 'It's a healthy thing': Blac Chyna hints she will eat her baby girl's PLACENTA after giving birth to first child with Rob Kardashian (Daily Mail)