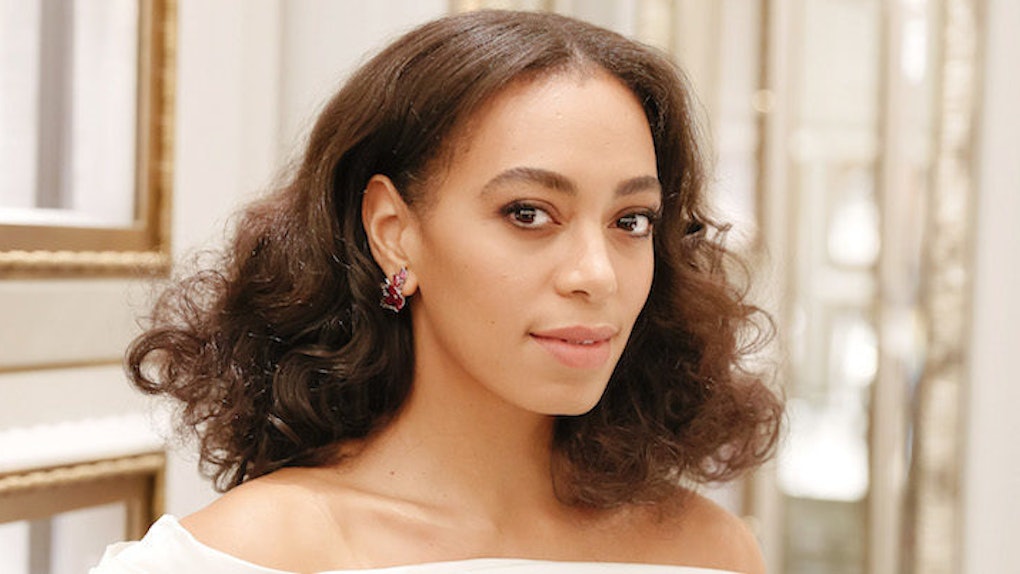 Last night, she told a story on Twitter about how she went to a concert and got harassed by a group of white women... for dancing.

First, she set the scene. She was excited to go to a Kraftwerk concert with her husband, son and his friend.

But then things took a turn for the worse.

After Beyoncé's little sister refused to comply with the petty request, the four women threw a lime at her back.

But Solange wasn't put off by these Debbie downers. And she also wasn't going to take this abuse lying (or sitting) down.

Solange has got a serious point. What kind of idiot goes to a dance concert and expects everyone to be sat down politely as if they're at a piano recital?

Her followers were quick to point this out:

Solange used the incident to make an salient point. She addressed the disparity between the numbers of black and white people in the audience, and asserted that as a small minority she felt intimidated in an overwhelmingly "white space."

Indeed, Solange points out the stigma attached to black people that they "bring the drama."

Solange's indication is that if she had been white, she would not have been asked to sit down in such a dismissive way by the older white women.

If they had concentrated on enjoying the music, rather than becoming irritated by Solange's dancing, this probably wouldn't have happened. And there definitely wouldn't have been any drama.

But Solange showed her true kinship to Beyoncé and responded like a real queen.

Now back to me & my husbands favorite song "Autobahn" ....& not giving a fuck about you lovely ladies so mad this lil black girl having fun — solange knowles (@solangeknowles) 10 September 2016