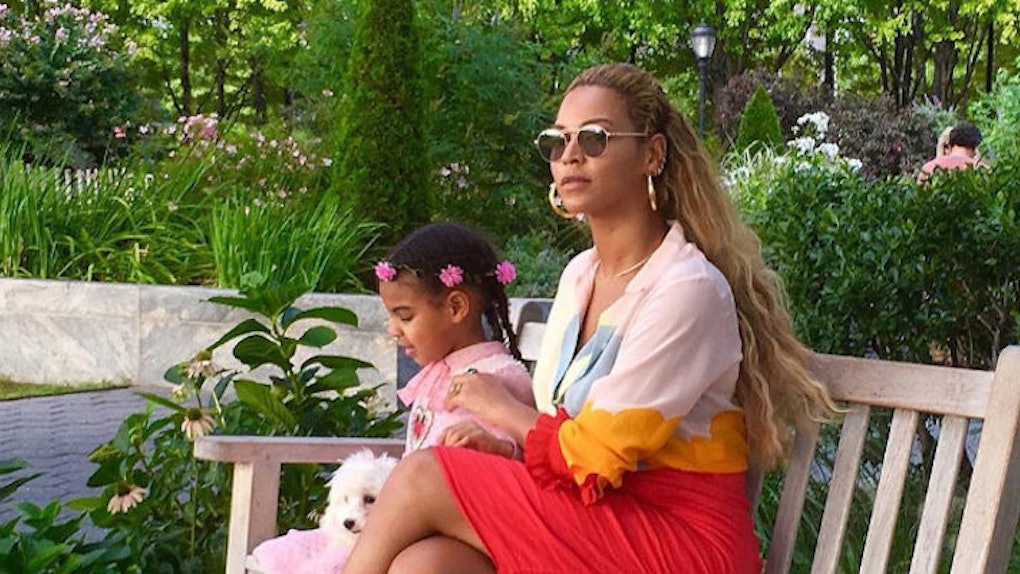 Not only did Beyoncé and Blue Ivy both decide to go pretty in pink on Friday, they also rocked out with some beautiful braids.

However, the real talk of the town is whether or not Bey made an extremely furry addition to her family.

While the two were out strolling through New York City, the mom and daughter duo were spotted walking a dog so cute you'll probably never be able to look at your own pet in the eyes ever again.

"Why can't you be as cute as Beyoncé's dog?"

Of course, that's the real question. Does this new pooch belong to Queen B?

I mean, it's unlikely that Beyoncé would steal a dog... I think all she'd really have to do is approach someone, say "excuse me, but this dog is mine forever," and they'd bow down (bitches) to her decree.

Here's Bey and Blue taking a break from their walk on a bench (that should definitely have a plaque reading "Beyoncé sat here" permanently drilled into it).

Just look at that glance she's sending to the camera...

It's as if she knows we're just dying to find out if this is actually Blue Ivy's new dog.

"I'M NOT TELLING YOU A THING." How do you know I'm literally screaming inside, Beyoncé?!

Beyoncé posted more adorable photos of her and Blue, who was wearing matching pink flowers in her hair, and this mystery dog.

Until this new dog is confirmed for a fact to be Beyoncé's, we'll just have to wait and see... and play with our inferior animal companions.

Citations: Beyonce and Blue Ivy Are Pretty in Pink as They Walk Adorable Dog Around NYC (ET)