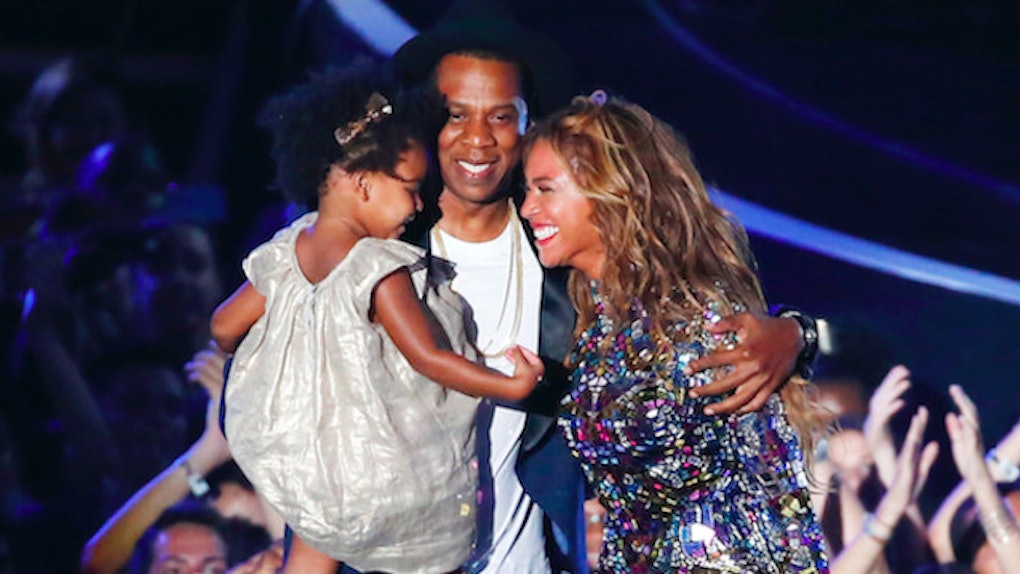 The larger the star, the bigger the target.

And being the explosive cosmic body that she is, Beyoncé has everything she does picked apart by the entire world.

Over the years, this has caused her to retreat from interacting much with the press, especially after she was accused of faking her pregnancy with the now 5-year-old Blue Ivy.

She put most doubters to shame in her first HBO documentary "Beyoncé: Life Is But A Dream," where in a teary confession, she revealed just how much those accusations hurt her.

The tension with the press heightened even more when people started pinning Blue Ivy against Kim Kardashian's daughter, North, comparing their hair, dress and facial features.

Even BET participated in this baby-shaming, and had to suspend one of the producers who said,

I really did wake up like this, because my parents never comb my hair.

But sometimes Beyoncé allows us glimpses of her world with an Instagram post or two that remind us we are subservient and her family is flawless.

One of the best instances of Beyoncé gracing us with her existence is in the recent story she did for Interview magazine, where she actually interviewed her sister, Solange, about her album – which inadvertently served as the most genuine insight into Beyoncé herself.

To accompany the story, Interview magazine nabbed some pretty adorable pictures of baby Beyoncé and Solange.

The photo above once and for all shuts down the haters about how cute or not cute Blue Ivy will grow up to be.

Here's another one for good measure.

Blue Ivy is destined to be as flawless as every other woman in her family – so everyone do yourself a favor and get all the hating out now because in about 15 years, if the world hasn't ended, she will be on top of it.

This concludes your Beyoncé history lesson.