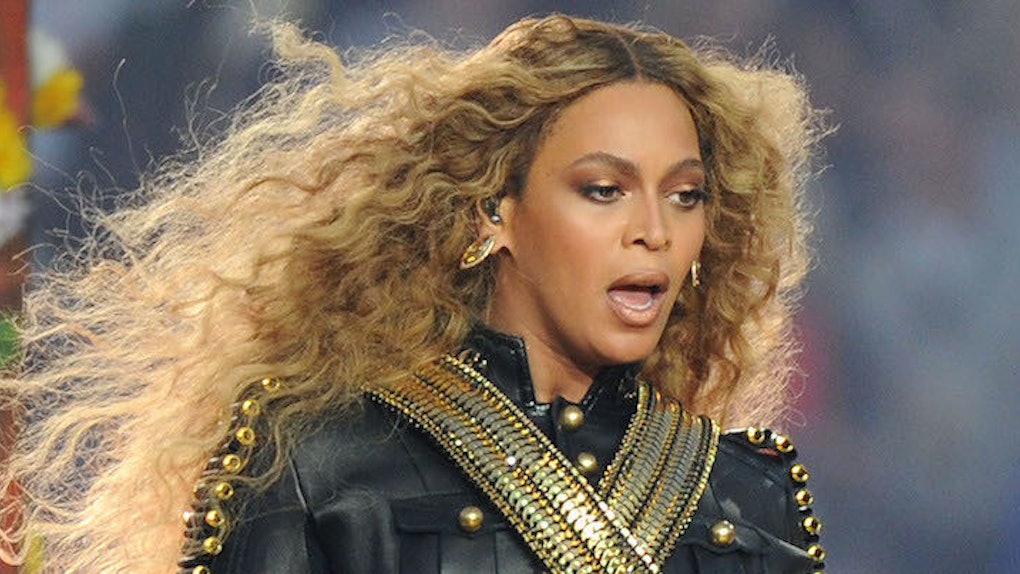 You can file this story under "Nope."

Beyoncé's Super Bowl performance was in part an open celebration of her blackness, especially when she wore a "Black Panthers"-inspired outfit during her halftime show.

However, what was not a celebration of blackness was the Australian magazine Good Weekend's depiction of a white model wearing a set of clothes inspired by Beyoncé's outfit.

No, I'm sorry, Good Weekend. But for your information, this is very much not "in formation." Maxine put it best by calling out the outfit's "colonial-style" vibe.

A white model appropriating symbolically black fashion and doing so while looking like a colonial officer straight out of the 18th century?

Yeah, this perhaps wasn't the wisest direction to go in.

The controversial outfit choice has already sparked some reactions on Twitter, which decided to go all in on this fashion faux pas.

One user literally can't even over this magazine's culturally insensitive choice of model and outfit.

I do not know the answer to this question.

Sometimes a GIF is all you need to show how SMDH-worthy something is.

Oprah and I agree. This is not OK.

Come on, people. This is 2016. It's not like we just elected a racist, sexual assault-bragging dumpster fire for a president.

Oh wait. Never mind. We totally did just do that, didn't we?

*Nervously laughs before breaking down into very real tears*

Just be more aware! Is that so much to ask?

Maybe the rest of 2016 will go better than it is right now because I've officially had it with this year.