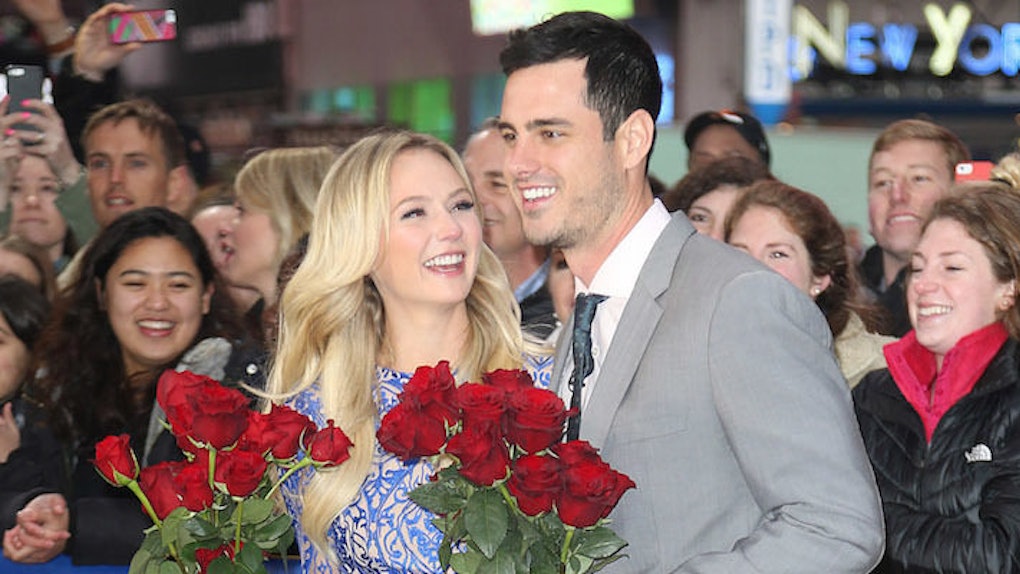 Ben Higgins Has 5 Proposal Tips For Popping The Question

Ben Higgins may have indefinitely postponed his wedding to “Bachelor” winner Lauren Bushnell, but that won't stop this beautiful boy from doling out proposal advice.

The former “Bachelor” shared five tips to a perfect proposal with Us Weekly and surprisingly enough, none of them were “Do it on reality TV.”

The first three revolve around the theme of “commitment,” a concept that Ben has surely been reflecting on heavily since deciding that now just wasn't the right time to dive head-first into marriage.

1. Make sure your heart is prepared for the commitment you're making.

Ben is right. Have a long talk with the man in the mirror. Think about your childhood. Consider your relationship with your mother. If your heart feels open enough to let someone in for eternity, you're ready.

2. Make sure that the person you're proposing to is ready to jump into that commitment as well.

Yeah, this is a big one. It's so hard to marry someone who doesn't want to marry you because that's just kidnapping.

3. Know that, as you get down on one knee, you are committing to supporting that person, no matter what.

Once all the BORING PARTS were addressed, Ben continued,

4. Make it romantic and fun.

5. Afterwards, make sure to celebrate well.

Rob a bank together.

As smoothly as Ben's proposal to Lauren went on the season finale of “The Bachelor” (barring the whole breaking-up-with-JoJo-moments-before thing), the couple revealed on a recent episode of their Freeform reality show “Ben & Lauren: Happily Ever After?” that they wouldn't be walking down the aisle anytime soon.

Citations: Ben Higgins Reveals Tips for the Perfect Proposal After Calling Off Wedding to Lauren Bushnell on 'Ben & Lauren' (Us Weekly)