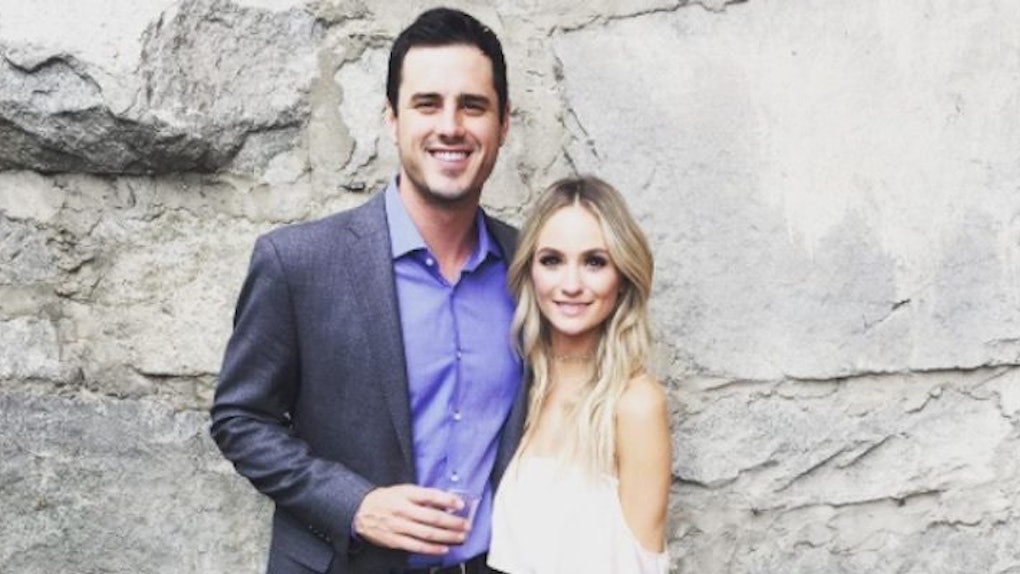 After meeting, falling in love and getting engaged in the span of nearly two months, “The Bachelor” stars Ben Higgins and Lauren Bushnell have realized life is long and marriage is a massive, eternal commitment.

The couple — who went from being unaware of one another's existence to pledging everlasting faithfulness and unconditional love in less time than it takes most of us to finally make our way off the Sephora Play waiting list and ruin all our sweaters with tiny perfume samples — called off their wedding but have pledged to stay together.

On Tuesday night's episode of Lauren and Ben's reality show “Happily Ever After?”, Ben called Lauren “the woman of [his] dreams,” claiming “the last thing [he wants] to do is to rush that.”

This thing sped up real fast, and we haven't had a second to breathe. Now it's time not to rush anything else.

Fans worried the pair were giving up on their whirlwind romance can chill. It's fine. The famously stable world of reality television is keeping Ben and Laur tightly bonded.

He told ET on Wednesday,

That's one of the things that's great about doing a show post-'Bachelor,' it really does highlight the confusion that life is and trying to get to know each other post-show, and trying to figure out how to get married and make everything work in everybody's best interest… We are together, happier than ever -- no plans to break up!

It turns out running head-first into the biggest commitment either of them will make, barring parenthood, simply wasn't something Ben and Lauren were 100 percent into.

Their ability to take time before walking down the aisle has only served to improve their relationship.

A trip to Turks and Caicos also didn't hurt.

We both came back just clearly refreshed, at ease and we really needed it… Sometimes you have to listen to your relationship, listen to each other and yourself, and know -- hey, we need some time here. Thankfully we're blessed enough that we get to take a vacation… It was exactly what we needed. The adventure aspect of it all and doing things together, paddling, snorkeling -- we kind of hit the reset button.

All it takes to make a relationship work is a little sun, sand and whatever the opposite of a wedding is.

Citations: EXCLUSIVE: Ben Higgins and Lauren Bushnell Are 'Happier Than Ever' After Putting Their Wedding on Hold (ET)