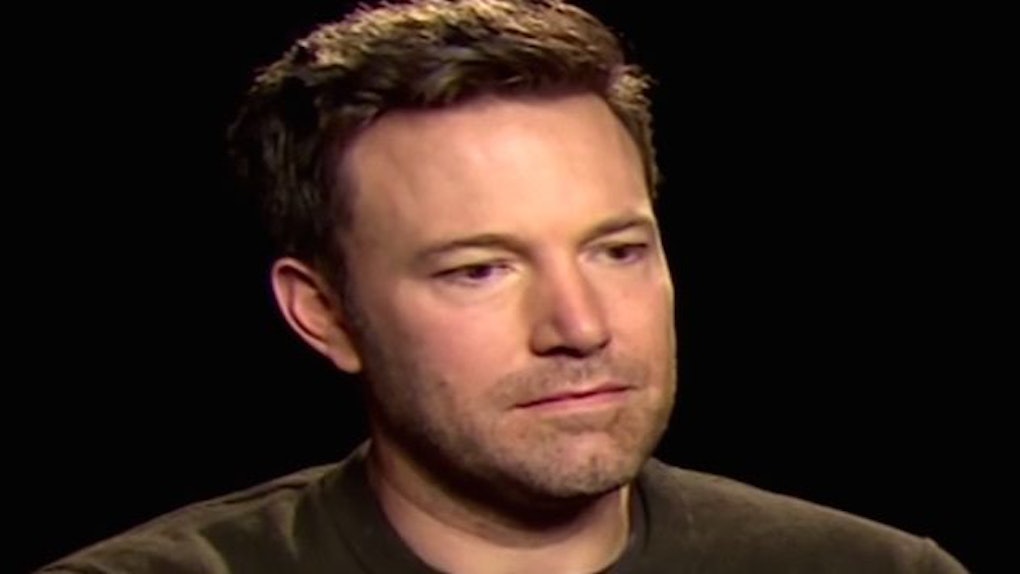 It's official: Ben Affleck hates us.

I've always suspected that to be the case, but I think now I can call it #confirmed after finally getting his take on the Sad Affleck meme.

It's hard to believe, but it's almost been a full year since this gem of a meme came into our lives.

If you missed it, I'm very jealous of you — you get to experience the hilarity for the first time, right now.

Basically, the reviews for "Batman v Superman" were really bad, and someone edited a Ben Affleck video to make him look really sad about it. It's amazing.

(Note: The original video was taken down, but some brave internet hero re-uploaded it for us.)

The video blew up (went "viral," as the kids say), and was covered by hundreds of press outlets, including yours truly.

But we never got to hear Ben's side of story.

Now, many months later, Ben finally gave us some insight into how he reacted to that perfectly executed meme.

In an interview with BBC Radio 1 on Tuesday, where he was supposed be promoting his new film, "Live By Night," Ben instead fielded questions about "Batman v Superman."

When asked what he learned from the film, Ben responded,

It taught me not to do interviews with Henry Cavill where I don't say anything and they can lay Simon and Garfunkel tracks over it. That's one thing I learned.

So, basically, he hates it.

Look, I get it. No one likes to be a meme. Demi Lovato super hated the whole "Poot" thing.

But Ben, it's not our fault you looked so sad, or that the music fit so perfectly!

Yeah, but Ben Affleck definitely hates us now. This is just a fact we're going to need to learn to live with.

Unless you liked "Batman v Superman," in which case, Ben Affleck likes you! But everyone else hates you. Sorry, that movie sucked.