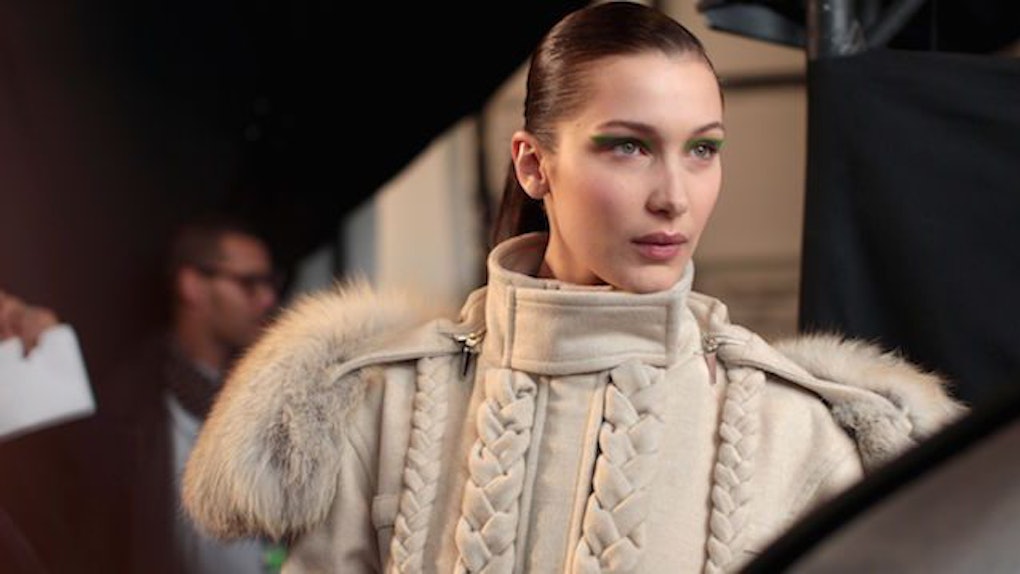 Oh, good! There is a new Bella Hadid video out!

Boy, do I love Bella Hadid. She doesn't get the credit her sister Gigi gets, but she is still such a great talent. She is gorgeous, brings unique energy to her work, and you can just tell she's someone who'd be cool to hang out with.

I'm trying to think really hard about ways she could potentially make me not like her that much, and I can't honestly think of any.

I guess maybe if she did a music video where she played a woman either trying to have sex with a teenager or at least actively trying to give that same teenager a boner.

But what are the odds that would agree to do a video shoot for that?

Well, at least that's the exact length of the video.

What's that? There is a full 2.5-minute video that goes along with the video? For real, Bella?

Yeeeesh, OK. This was not great.

It's recoverable, though, as long as there aren't any lasting memories from the shoot.

You know, people will watch the video and think, "This is weird, but hey, life is weird," and then move on.

It's not like she took an awkward swimsuit photo with the child from the video.

Oh! Good! The issue that this whole piece is being made for is straight-up called the "LOVE" issue, so that shouldn't read weird at all.

OK, how about this for a new rule?

Let's give teenagers low-key boners if we're going to give them boners at all. I know, I know, I know. Most of America's media business revolves around teenager boners. TV, movies, Ford commercials -- they all are geared toward teenage boners.

Let's keep those boners less obvious is all I'm asking. Pepsi isn't featuring some model drinking Pepsi with the caption "DRINK PEPSI! YOU'LL GET A BONER!"

They hide that stuff... like a boner in public.