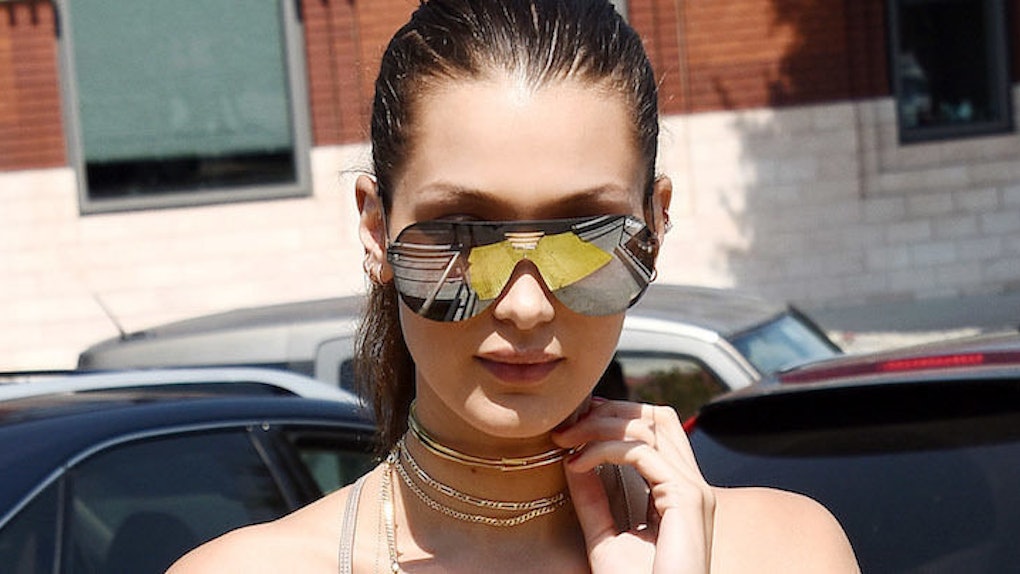 After a year and a half together, Bella Hadid and The Weeknd broke up and made us wonder:  is love real?

To make matters worse, the ex-couple will be at the Victoria's Secret Fashion Show in Paris where the musician will perform while the model walks the runway.

I never had that awkward experience with an ex despite my being obviously Victoria's Secret-model-worthy.

But don't worry about how Bella Hadid is handling the situation -- it's obvious that she's reclaiming her identity as a single woman.

Hadid, who was known for wearing a golden necklace that read The Weeknd's real first name Abel, has upgraded her jewelry to her own name.

Bella even once said that she made her relationship work by thinking of the Grammy-award winner as Abel. She said,

I'm dating Abel. I don't see him as The Weeknd. I'm proud of The Weeknd and the music he makes, but I really love Abel.

That's right. Bella ditched the necklace she wore back in October, during possibly happier times for the couple, to don a chain featuring "Bella."

She even rocked a black choker with her name on it.

But her new delicate, dangling gold necklace may be her fave since the spilt. She's been seen wearing it three times out in public.

The first time hawk-eyed fans saw the charms, Bella Hadid was out with friend Kendall Jenner to a Lakers game.

Breakups are super hard, but we're happy that Bella Hadid seems to be handling this well. Plus, she always has her friends and sister Gigi Hadid around for support.

And certainly, nothing says "Imma do me" more than rocking your own name around your neck. LEST YOU ALL FORGET WHO SHE IS.

Now, we just have to wait and see how the two will act at the upcoming Victoria's Secret Fashion Show on December 5.

Citations: BELLA HADID'S NECKLACE SAYS EVERYTHING YOU NEED TO KNOW ABOUT HOW SHE'S HANDLING THE BREAKUP (Harpers Bazaar)