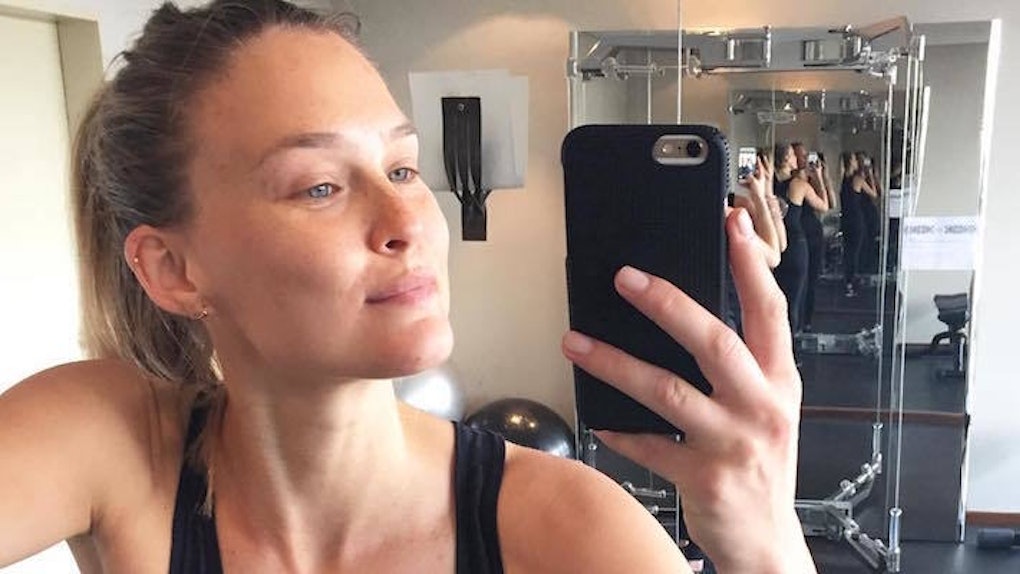 If you thought Blake Lively's post-pregnancy transformation was incredible, you'll be mind-blown by this.

In under a month after giving birth to her first child, model Bar Refaeli has been able to bounce back to her bikini bod.

With Blake Lively slimming down for her upcoming movie roles just eight months after giving birth, you have to admit -- this is amazing.

The 31-year-old supermodel took to Instagram to show off her post-baby bod.

If you're easily made jealous, I'd suggest you look away.

Nope, not a lick of Photoshop here!

That really is Bar Refaeli just THREE WEEKS after giving birth to her first child, Liv, with husband Adi Ezra.

Not to mention, Liv was born at about seven pounds, which is around the average.

We can act like we've never seen anything this amazing before, but the truth is, Bar Refaeli has been posting bikini photos DURING her pregnancy.

And they're just as stunning (if not, more).

I'd imagine that Beyoncé's "Flawless" was booming out of a nearby speaker while these pics were taken.

Perhaps the craziest part about all of this is that Bar Refaeli plans to have more kids. Not just one or two, either!

In a recent interview with Hello! Fashion Monthly, she stated,

I think this will be a decade of family… I come from a family of four children. Hopefully, I'll have a big family, but I'll take it one by one.

And I'm sure she'll have a bikini-themed photo album to go along with each and every pregnancy... as she should!