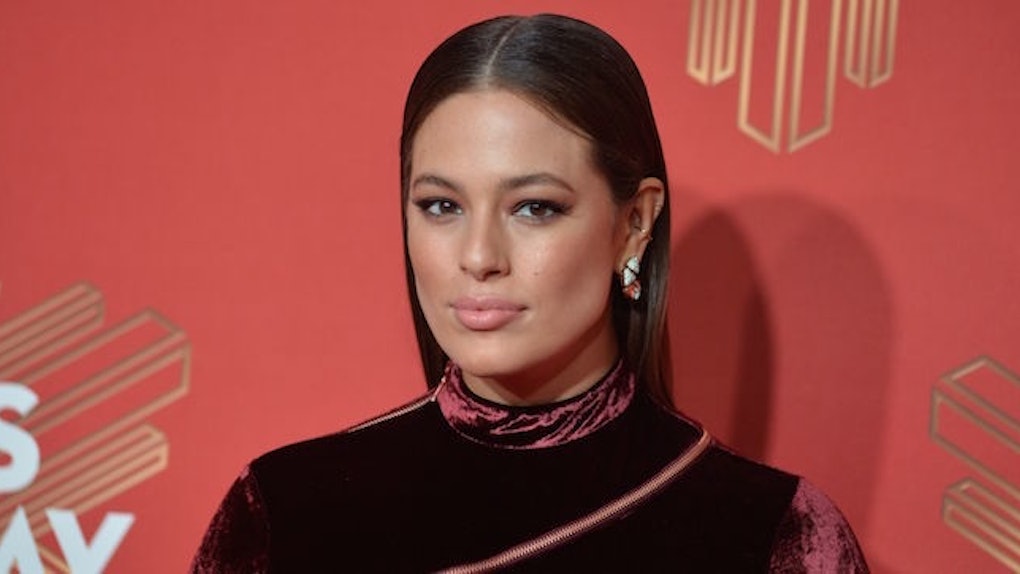 Ashley Graham Gets Naked And Kisses Model In Photo Shoot

Ashley Graham is baring it all in her latest photo shoot, and it'll make you feel things.

The 28-year-old model is the star of a new love story photography series shot by Steven Klein and the photos are... intense.

Below, you can see Ashley Graham making out with another model while not wearing any pants. Say hello to the booty, y'all!

The photos were taken at the Standard for V Magazine's January Issue. Ashley Graham clearly has no problem stripping down in front of the camera.

Ashley looks gorgeous in the shots as she cuddles her naked man candy on a random balcony.

Whose house is that, though?!

The "America's Next Top Model" judge sat down with Chelsea Handler in an interview for the magazine.

The two discussed everything from Ashley's "plus-size model" label to what it means for her to be a role model to so many women.

Chelsea first asked Ashley to rate how she feels about being called "plus-size" on a scale of 1-10 (10 meaning she hates it the most). Ashley responded,

It's an 11. I can't stand that question anymore. I mean, I've been doing this now for 17 years and I can't even tell you how many times I've spoken up about the label 'plus-size.'

I don't think women should be labeled at all. I think that it's completely divisive. But, for whatever reason, I am the one that has been given the opportunity to be on so many covers and to have a voice. I don't take that lightly and I think that being the voice and face for so many women that haven't been represented — in fashion, or film, or TV — is encouraging, it's amazing.

Ashley did say there are rewards to being in the spotlight, like knowing how many lives she's influenced with her work. She explained,

Some days I forget that and then someone comes to me crying and says, 'Because of you, I wore shorts today,' or I'll get an email that says, 'I had sex with my husband with the lights on.' At those moments, I'm like, wow, you are changing people's lives, and you're doing it by just being yourself.

You can read the full interview and see more photos from the shoot here.