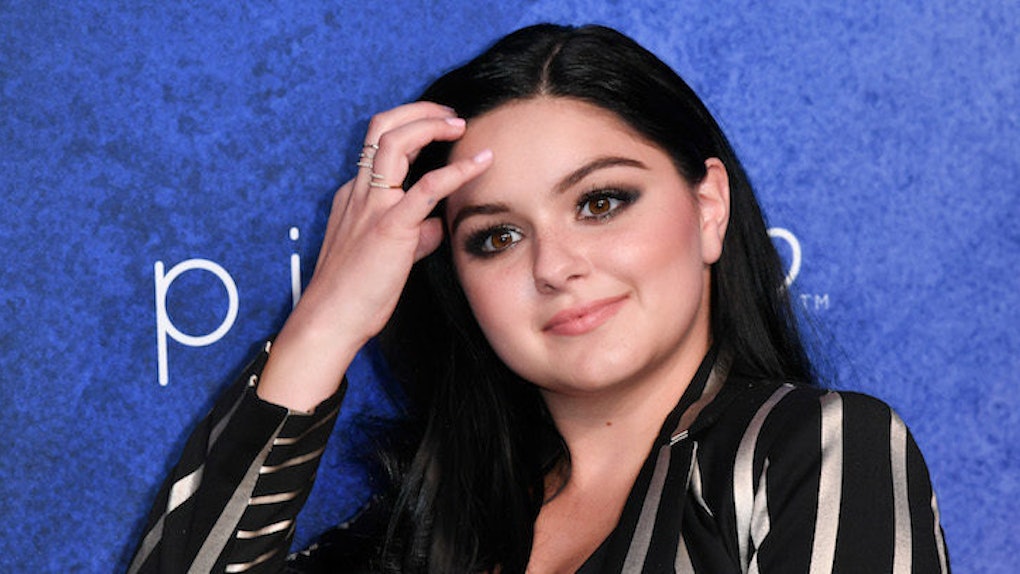 Well, I have good news if you ever had hopes of meeting the 18-year-old.

She put all rumors about her dating 21-year-old actor Sterling Beaumon to bed with a single tweet.

She couldn't have chosen a more perfect GIF.

You have to love her choice of meme to go along with this tweet.

Being single AF is basically when you're so single, you're just over it. At that point, you're just living life and barely trying to date.

Sterling is pretty cute. I'm sure if Ariel wanted to date him, she could.

But they've been friends for a long time. So just because they've attended a few events together recently means nothing, people.

To really get her point across, she also posted the message to fans on Instagram.

Ariel is obviously just living her best life by getting ready for college, posting her booty on Instagram and hanging out with other actors.

I mean, what else is a single AF girl supposed to do?

The actress just got out of a relationship with longtime boyfriend Laurent Claude Gaudette about two months ago, so she's probably just taking her sweet time and enjoying the single life.