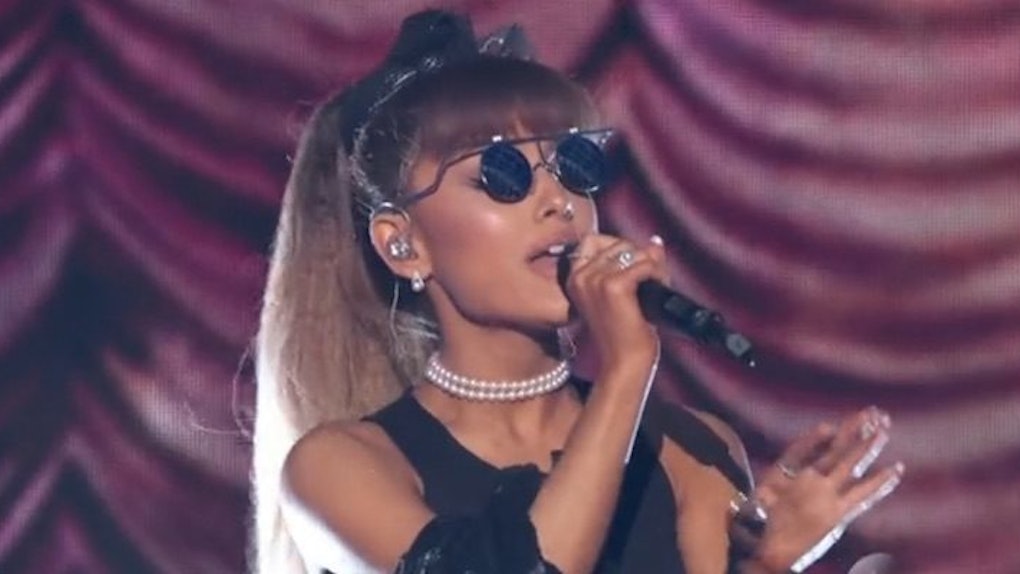 Ariana Grande Did A Whitney Houston Medley And It's Everything

If that angelic a cappella version of "Into You" didn't convince you of Ariana Grande's insane talent, her tribute to Whitney Houston definitely will.

On Thursday night's season finale of the ABC show "Greatest Hits," Ariana won the night with her medley of classic songs from the late, great Whitney.

Spoiler alert: She absolutely slays it.

The 23-year-old pop star performed "How Will I Know" and "Queen Of The Night" to honor the iconic pop singer, who died of a drug overdose in 2012.

Before she took the stage, Ariana sent out a tweet to the late legend.

And seriously, Ariana sounded so good. I guess that shouldn't be a surprise by now: Girl's got talent.

She changed up the tunes a bit, but it totally worked. Also, her outfit was killer.

(Side note: Does Ariana Grande drink through straws with her teeth like that? How does she get the correct suction using that method?)

But no one could top Ariana. Whitney would be proud.

Citations: Ariana Grande Performs Whitney Houston's "How Will I Know" and "Queen of the Night" on Greatest Hits (E! News)