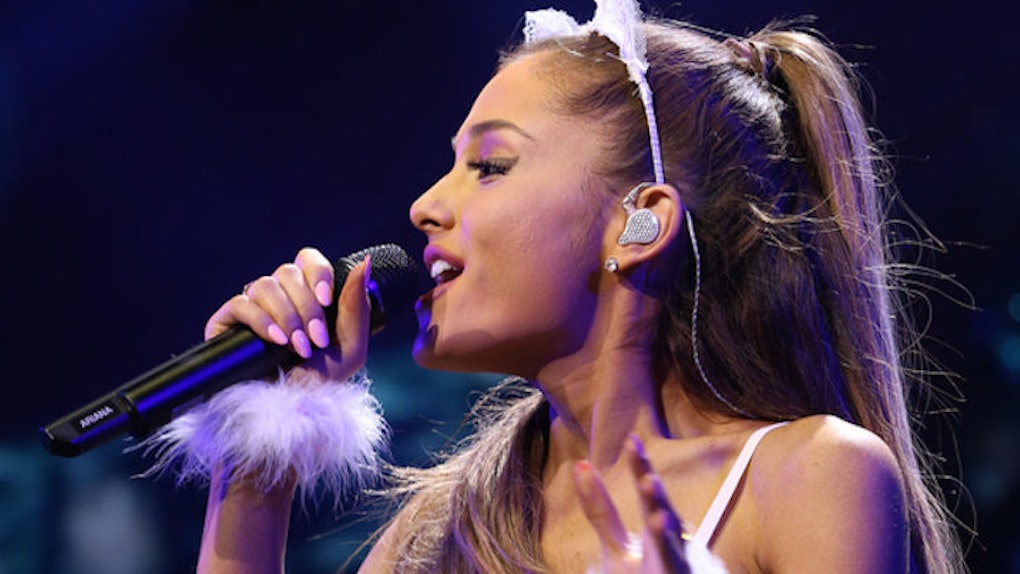 Ariana Grande Singing 'Into You' A Cappella Is Insanely Beautiful

Let me first start out by saying I'm totally obsessed with Ariana Grande's original “Into You” music video.

Low-key shoutout to the insanely sexy bodyguard, AKA Ariana's ~secret lover~ who stole the show, and my entire heart.

Here's a quick recap for you: Things got steamy and romantic REAL fast... And they only continued to escalate from there.

All I have to say is hot DAMN.

Our girl Ariana's flawless vocals went to impressive levels I could only hope to master, in my dreams.

BUT, today I find myself seriously conflicted.

Ariana Grande just released a new lyric video of herself singing “Into You,” a cappella style.

It's the definition of angelic.

Her voice is magical like a unicorn, and this serene version of our fave song only further proves my point.

Have a look for yourselves.

I think it's actually impossible for this 23-year-old singer not to slay a song. Thanks Ariana! Girl, you have me completely HOOKED... But are you trying to mess with our emotions here?

You see my dilemma. Both versions of "Into You" are fire AF.

I'm left with a major burning question: which “Into You” will be my main beach jam this weekend?!

Citations: ARIANA GRANDE'S A CAPPELLA VERSION OF "INTO YOU" MIGHT BE BETTER THAN THE ORIGINAL (Harper's Bazaar)