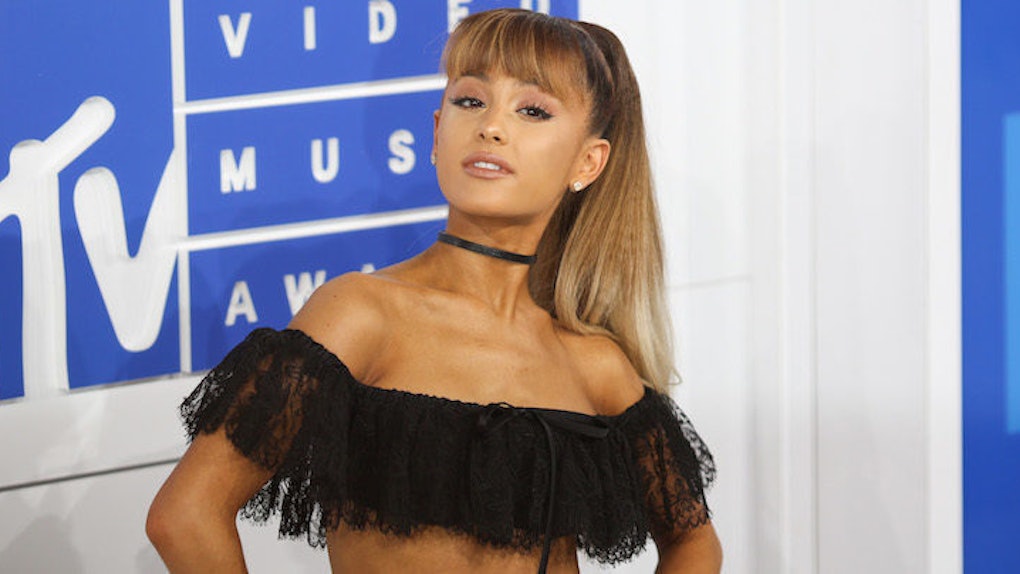 She's also performing during the ceremony.  BUT YA GIRL GOT A NEW BOYFRIEND THIS WEEK, SO FUCK ALL THAT, I GUESS.

In a red carpet interview during MTV's pre-show, the 23-year-old pop star was asked about her new relationship with Mac Miller, primarily why he wasn't on her arm this evening.

It's OK to be alone, even when you have a boo!

I live to shout on your behalf, mama.

All your fans thank you for this spiritually transcendent 11-word sermon on independent womanhood.

Why did Charlemagne the God just bring up the donut situation and who Ariana is dating? That was annoying. I'm glad she changed the topic — ariana (@thebasedbieber) August 29, 2016

Tonight, when we women return home to update our feminist icon notebooks -- you know, the ones we all keep full of photos of Gloria Steinem, Oprah, Bell Hooks, Ruth Bader Ginsburg and all their wise words -- we may consider adding Ari's quote.