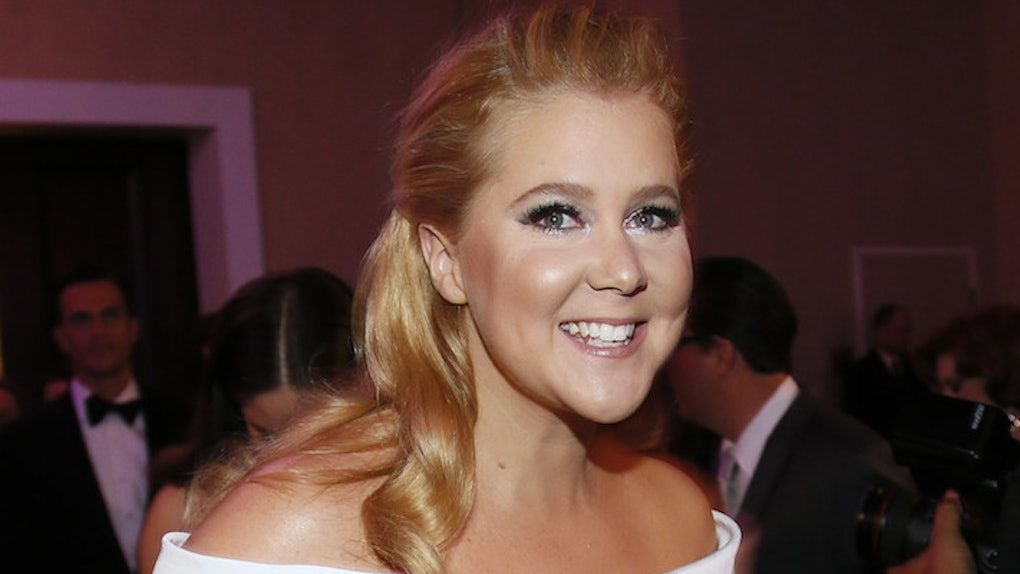 Amy Schumer Will Star In A Live-Action 'Barbie' Movie

The rumors are true.

It looks like Amy Schumer will be starring in a live-action "Barbie" film.

According to The Hollywood Reporter, the 35-year-old actress will star in a Sony-produced film about Mattel's most successful toy: the Barbie doll.

Now, I know exactly what you're thinking...

Why is Amy Schumer, a person who's openly expressed issues regarding body image, the non-existence of the "perfect" body and gender equality, be signing on to play the role of a character who's made certain girls and women feel imperfect in some way, shape or form?

I mean, time and time again, Schumer has made clear that thigh gaps aren't the issue, wage gaps are.

Well, according to reports, this particular Barbie movie will be based on an "imperfect" doll who lives in Barbieland with a bunch of other Barbie dolls. The only difference between her and the other Barbie dolls is the fact that she feels less "perfect" than they do.

You can guess that Amy Schumer would be snagging that lead role!

During the film, Barbie is said to be kicked out of Barbieland for not being good enough. This forces Schumer's character to be forced out into the real world where she eventually learns that life is better outside of the land of make-believe.

While you might expect Barbie to keep such groundbreaking information to herself, she does the complete opposite.

Barbie selflessly returns to Barbieland to share the news with the other dolls in hopes that their twisted views will change and make the world a better place for everyone.

...And THAT, ladies and gentlemen, is how you get Amy Schumer to play the role of someone as materialistic as Barbie.

So, when does this masterpiece make it to us? E! News reports that once the stars align, Sony aims to begin film production in the spring. As for the official release of the film, we'll have to wait until 2018.

Hollywood producers Walter Parkes, Lori MacDonald and Amy Pascal are all said to be joining Schumer to bring Barbie to life.

There's only one question left to ask: Who the hell is going to play Ken?!