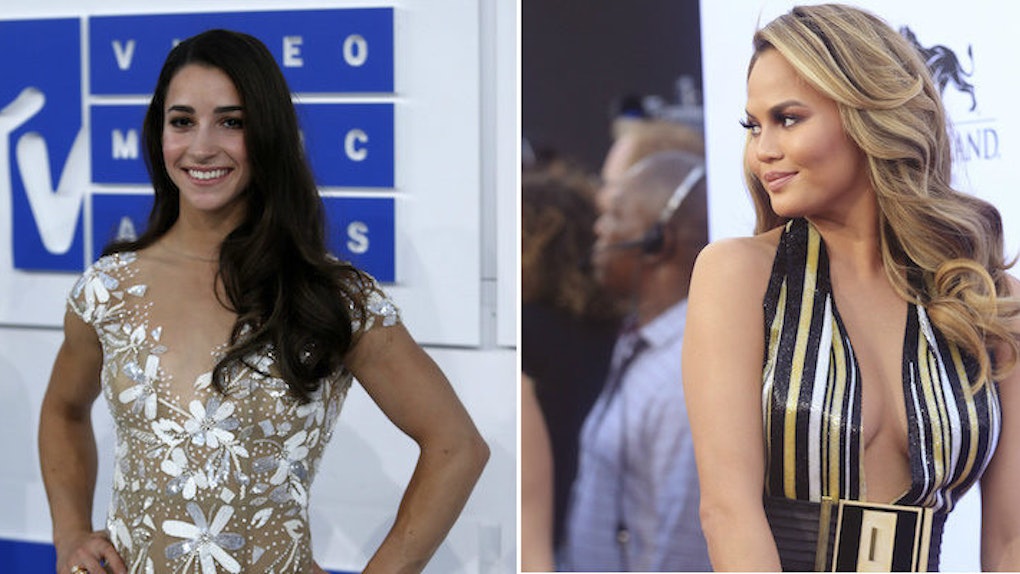 For the past few weeks, the mega-friendship between the Olympic member of the Final Five and Twitter's favorite mom-model has been brewing, and why shouldn't it be? Aly and Chrissy are probably the two most relatable famous people out there!

Even their early courtship of each other was something we all watched and agreed is exactly how we'd handle the situation if we were models or members of one of the most dominant athletic squads in Olympic history.

Cut to a few weeks ago when Chrissy was as blown away as we were at everything Aly was doing on the gym floor in Rio.

Aly responded the way we'd all respond if someone who has access to John Legend's BODAYYYYY at all times tweeted at you.

OMG YES. I love u and ur husband. Can we please be best friends & can I send ur daughter some of my leotards? https://t.co/gVNqTnP4Re — Alexandra Raisman (@Aly_Raisman) August 25, 2016

The bond was solidified last night at the MTV VMAs when Chrissy and Aly finally met in real life.

GETTING SOME QUALITY BABY TIME WITH LUNA IS BETTER THAN ALL THE MEDALS IN RIO, NAGANO AND TURIN COMBINED!!!!!

I don't know how this is possible, but the entire Raisman family married the entire Legend-Teigen family last night.

Mazal Tov to the Raismans and Teigen-Legends on this beautiful life they'll now have together.