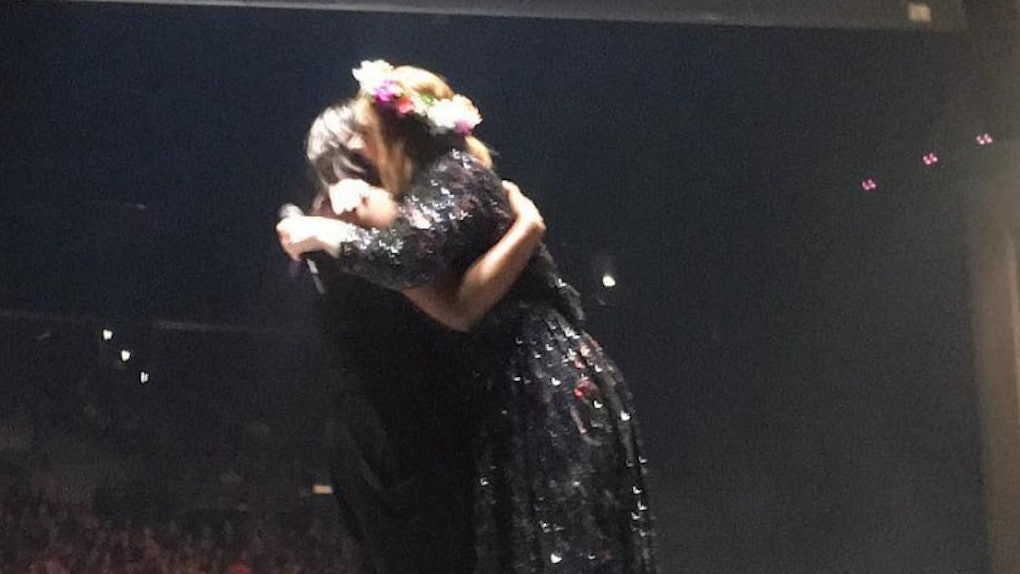 Adele Gets Blown Away By This Fan's Stunning Voice

This girl has pipes for days -- nay, for weeks.

Great Britain's greatest national treasure, Adele, was blown away by a jaw-dropping performance of her song "Remedy," but here's the thing -- Adele wasn't the one singing it this time.

At her LA concert on Tuesday night, the Grammy award-winning singer invited up fan Jamie Grace from Georgia up on stage and passed the mic to her for the opportunity of a lifetime.

Personally, I don't know how Jamie kept it together. Singing a song written by Adele in front of f*cking Adele sounds like an actual fever dream of a nightmare come to life.

Of course, the whole inspirational event was captured on camera, and made its way onto Jamie's Facebook page, where it has since gone viral, garnering over a million views.

Oof. This is truly a big punch straight to the feels zone.

After Adele heard Jamie croon "Remedy," she urged her to sing another song. In fact, Adele told her to sing whatever she liked!

So, you guessed it. Jamie totally sang the first seven minutes of "Freebird!" OK, just kidding that would have been a horrible choice.

Jamie then invoked the spirit of the King himself by nailing a performance of "Can't Help Falling In Love With You," that you can't help but fall in love with.

Of course, I'm not surprised Jamie nailed this once-in-a-lifetime moment.

Back in 2012 (the year, not the Roland Emmerich disaster of a disaster film), Jamie was nominated for a Grammy for Best Contemporary Christian Music Song for the ditty "Hold Me."

Speaking of holding, Adele gave the singer-songwriter her the best reward of all -- a hug. Excuse me while I wipe the several ounces of tears off my laptop's keyboard.