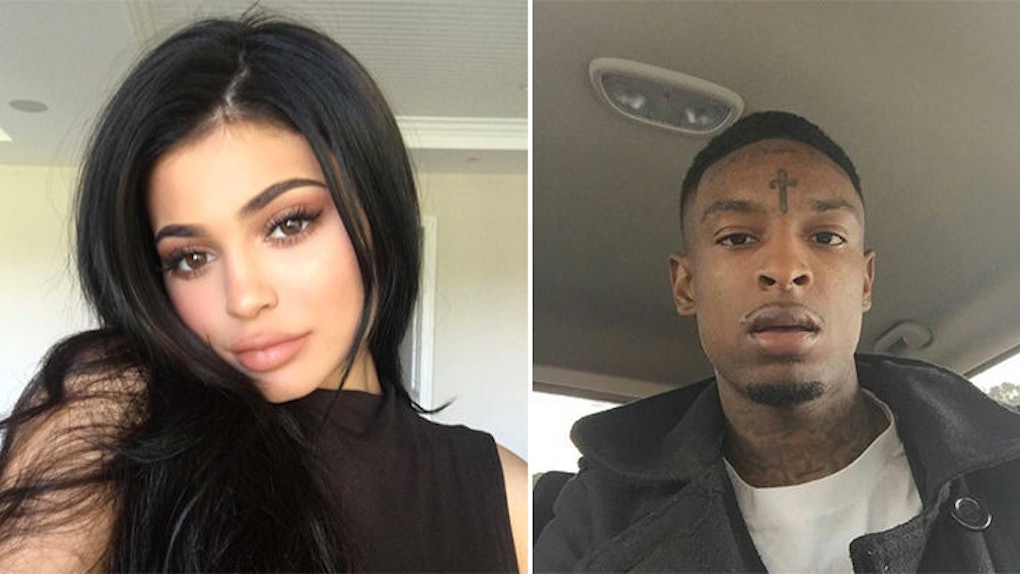 It's about to go down.

Rapper 21 Savage held true to his namesake when he told TMZ he would "tear that ass up" after being asked if he had a "thing" for Kylie Jenner.

Now, we're all well aware of the fact rapper Tyga is currently dating Kylie Jenner, which means Tyga and 21 Savage now have some major beef!

As you can see in the video above, after hearing 21 Savage's, well, savage response -- I couldn't resist -- the TMZ reporter asked 21 what Tyga would say about his pretty raw comments.

Well, 21 didn't even get a chance to answer the question before one of the boys in his entourage turned to the camera, threw up his middle finger and said,

According to 21 Savage's boy, Tyga wouldn't -- dare I say couldn't? -- say crap about the fact 21 wants to tear Kylie Jenner's ass up.

After that initial exchange, things got even more interesting.

As you can see in the video, the TMZ reporter pursued 21 Savage and pushed him on his Kylie Jenner comments, asking,

Is this some mind game on the part of 21 Savage, or does he really respect Tyga and Kylie Jenner's relationship and thinks Jenner is just really, really hot?

Just a few weeks ago, rumors started swirling that Kylie Jenner was in fact cheating on Tyga with 21 Savage, but there isn't much real evidence to support that claim.

Although, it appears 21 Savage has certainly made it clear he wants to date Kylie Jenner.

Am I the only one who can't wait for Tyga to weigh in on this subject? Like, bruh, I know you're not about to stay idle while this man talks about Kylie Jenner like that, right?

Citations: 21 SAVAGE WANTS TO MAKE IT NASTY WITH KYLIE ... Shouts Out Tyga (TMZ)