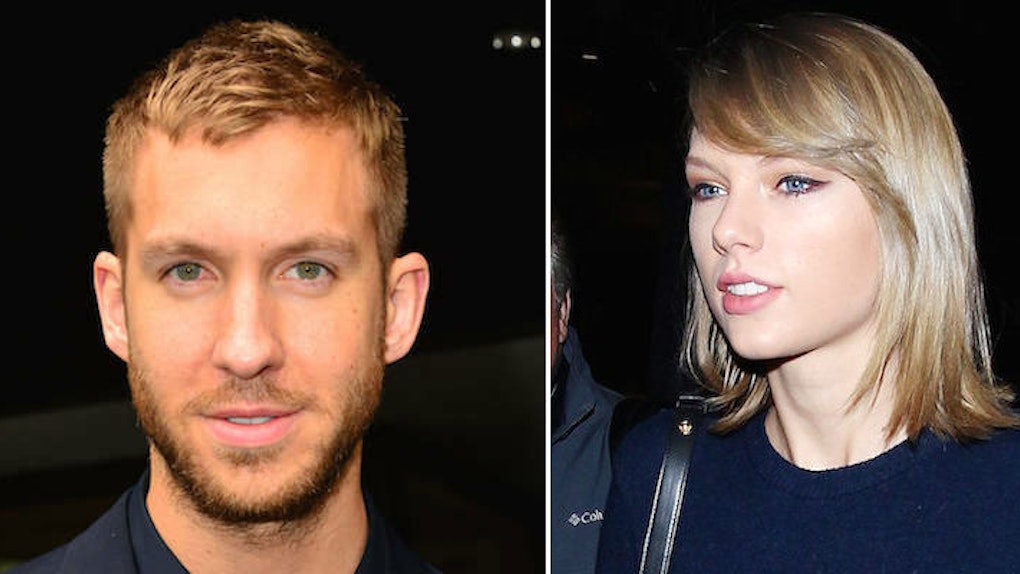 WHAT!? When will the Calvin Harris and Taylor Swift drama end? (Never, we hope.)

The DJ has just re-followed both Tay and her brother, Austin, on Instagram. Is all right with the world again?

It's a massive step forward for the ex-lovers, who only recently deleted all those beyond-perfect pictures of themselves in the teenage state of love we mortals can only dream about.

I'm talking about these, btw:

Hurts, doesn't it? But I'm confused.

Don't get me wrong; I'm happy that it looks like they're moving on. But it's only been a matter of days since their very public split.

I'm sure things are a little raw for Calvin Harris atm, especially with the pictures surfacing of Taylor dancing the night away with her new boyfriend, Tom Hiddleston, at a Selena Gomez concert.

Meanwhile, Calvin's staying tight-lipped about the whole thing. But there may have been a subtle sideswipe at Tay when he flaunted his Yeezys in her face:

I guess the kids are dealing with the breakup in their own ways. Taylor is relationship-hopping while Calvin owns the gym and rants about leg day. See below: