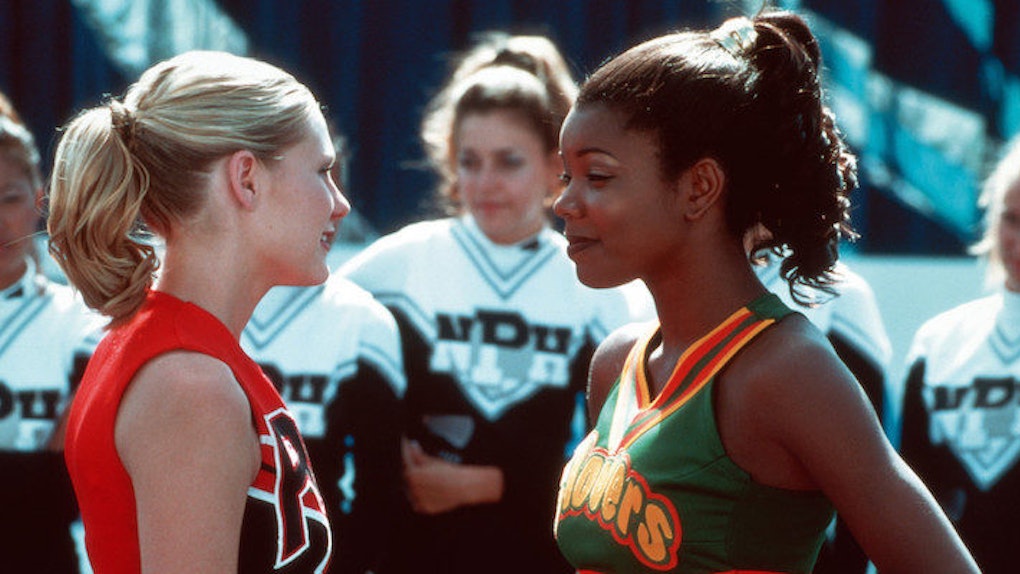 Still wanted, still hot, still everything you're not: The cast of “Bring It On” came together for Entertainment Weekly's “Reunions” issue, and they look just as good as they did 15 years ago.

Cheer-taters Eliza Dushku, Gabrielle Union and captain Kirsten Dunst, along with Dunst's on-screen love interest, Jesse Bradford, chatted about hookups (YAH), arrests (OH YAH) and how Dushku's audition for the film was essentially the same as her character's tryout for the Toros.

I was a tomboy growing up and kind of an anti-cheerleader in real life. But I begrudgingly showed up for the audition, probably a little hungover. There were girls doing flips in the lobby, and I kind of cringed and dodged them and went in, and I guess [director Peyton Reed] just found that hilarious. He asked me if I could do a split, so I got onto the ground into a split, and that was it.

Bradford also shared much in common with his character, Cliff Pantone. He claimed,

Let the record state that I bought that Clash T-shirt off of eBay, because I was worried that somebody was going to try to put me in a reproduction that was too big or whatever… But Cliff is probably the most accurate version of the real me that I've ever portrayed on camera.

The actor posted a photo to Instagram of him and on-screen lovah Kirsten Dunst, proving they still make an enviable couple.

Though an original cast follow-up film will probably never occur, it is truly heartwarming to know there are at least two true-to-film characters from history's greatest cheer movie walking the face of this earth, jumping, scowling and carrying on the cheerocracy.

Citations: Bring It On cast gets together for spirited EW reunion (Entertainment Weekly)