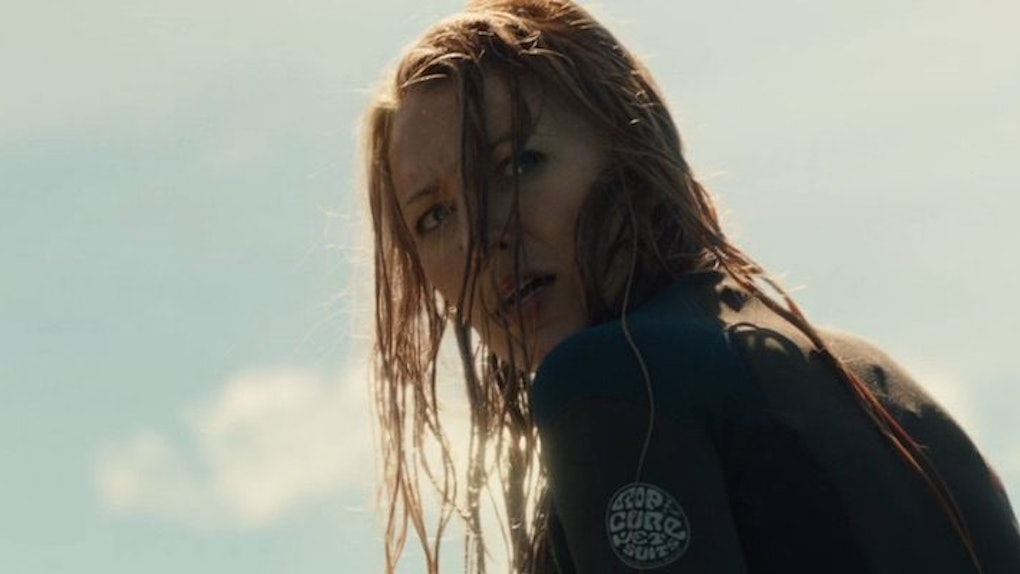 Bad news for Blake Lively fans who are also afraid of sharks: Her newest movie is going to freak you the f*ck out.

The first trailer for the 28-year-old's film "The Shallows" debuted today, and hoo boy is it a doozy. It's about 80 seconds of Blake trapped on the tiniest little rock in the middle of the ocean, sporting an injured leg and screaming for help.

Unfortunately, it seems like the only person who heard her was this massive, terrifying shark that starts circling around her. That's, like, the opposite of helpful, shark!

According to PEOPLE, Blake's character is a surfer named Nancy who had the brilliant idea to go catch some waves in a remote area. Things don't go exactly as planned, mostly because a big f*cking shark shows up. Man, where's Ryan Reynolds when you need him?!

"The Shallows" will be in theaters on June 24.

Citations: WATCH: Blake Lively Comes Face to Face with a Great White Shark in the First Trailer for The Shallows (PEOPLE)