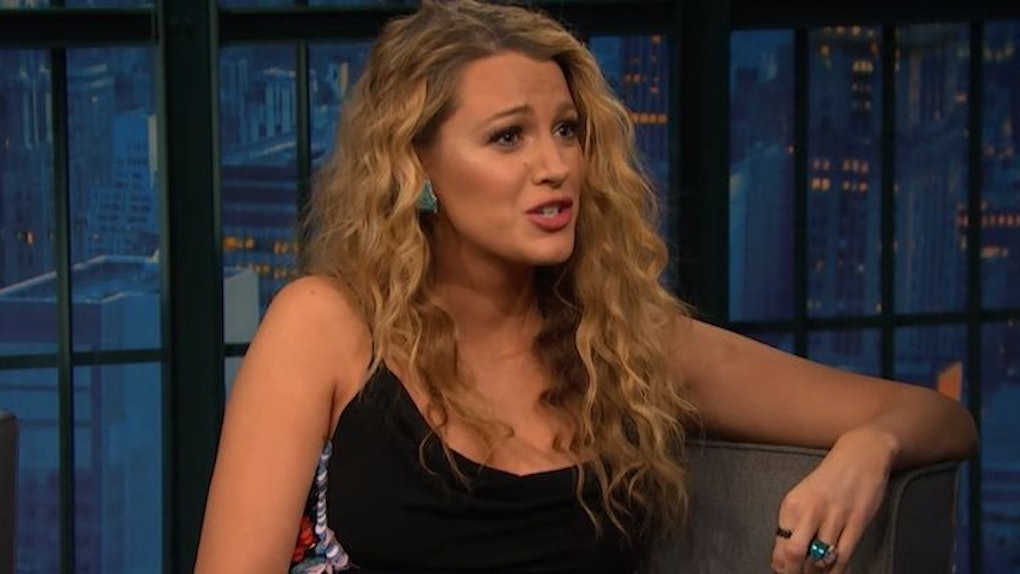 Just like the rest of us, Blake Lively has no idea how to properly raise a child, AND THAT'S FINE.

Unrealistic standards of beauty promoted by Instagram modeling has been one of the most debated topics over the past year. With regular modeling, it obviously takes hours to get to a point where the picture is perfectly fine to shoot.

So when you're looking at an ad with a model, there is a sort of unwritten agreement between the person looking at the photo and the team behind the photo that it obviously isn't a spur of the moment shot.

We can debate about modeling culture later, but I think we can all agree at least when we look at a photo in an ad we're not thinking, “Wow, what a beautiful slice of life that we all go through.”

That's the problem with Instagram modeling. It's hours and hours of work going into taking seemingly candid pictures in order to fake a “perfect” life. It doesn't have that unwritten agreement standard modeling has, and so it sort of promotes the exact opposite of what regular modeling is going for, making it arguably more dangerous.

I've always referred to this idea of faking a perfect life for social media pictures as “The Instagram Effect” (I should note I'm not a psychologist or anyone with an academic background so literally take everything I say with the smallest grain of salt imaginable), and one unintended consequence of this effect has been parents feeling bad about themselves.

Instagram parents posting beautiful, calm shots of their perfect life on the web is annoying as hell, and you know what, Blake Lively isn't buying it.

"The Shallows” star stopped by “Late Night with Seth Meyers” to talk about this phenomenon, and I've never felt more on board with a celebrity (sans when Bey told me to “GET IN FORMATION”).