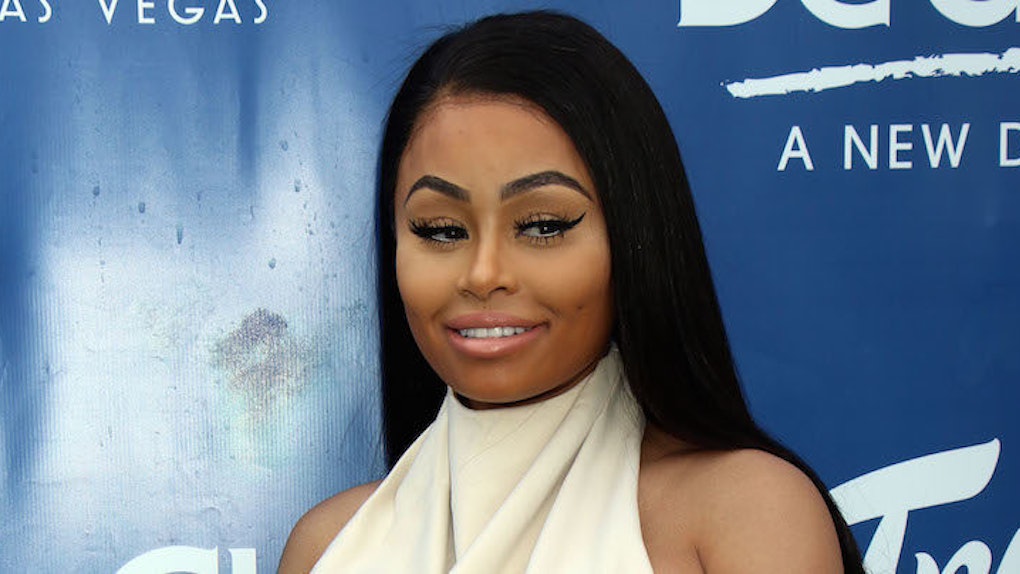 Blac Chyna seems to be having a pretty good second pregnancy.

Rob Kardashian's fiancée has been super open about her life over the last few months since announcing she'll be having a baby.

Chyna posted a couple Snapchats and got real about how much weight she's gained so far. I mean, she is carrying another human inside of her. She's literally eating for two.

In one video, Blac Chyna told her followers,

My goal is to gain, like, 100 pounds this pregnancy. Imma tear it up, then Imma snap back.

I think I found my hero. I'm not even pregnant and I share the same goal.

Chyna stepped on the scale afterward and shared before her pregnancy, she was 139 pounds. Now, she apparently weighs 165.6 pounds -- meaning she's gained around 26 pounds.

Kim Kardashian was also very open about the weight she gained during her pregnancy with Saint West. The "Keeping Up with the Kardashians" star revealed she gained 52 pounds during her second pregnancy.

She's also worked extremely hard over the past few months to get her weight down to 135 pounds, which was her starting weight before getting pregnant.

DO YOU REALIZE HOW INSANE THAT IS? It's taken me years to lose five pounds, and Kim K knocked off a sh*tload in just a couple of months. Respect, Kim. Respect.

I guess we'll have to wait a couple more months to see if Blac Chyna reaches her goal of gaining 100 pounds. I believe in you, girl. Now go eat some cheeseburgers.