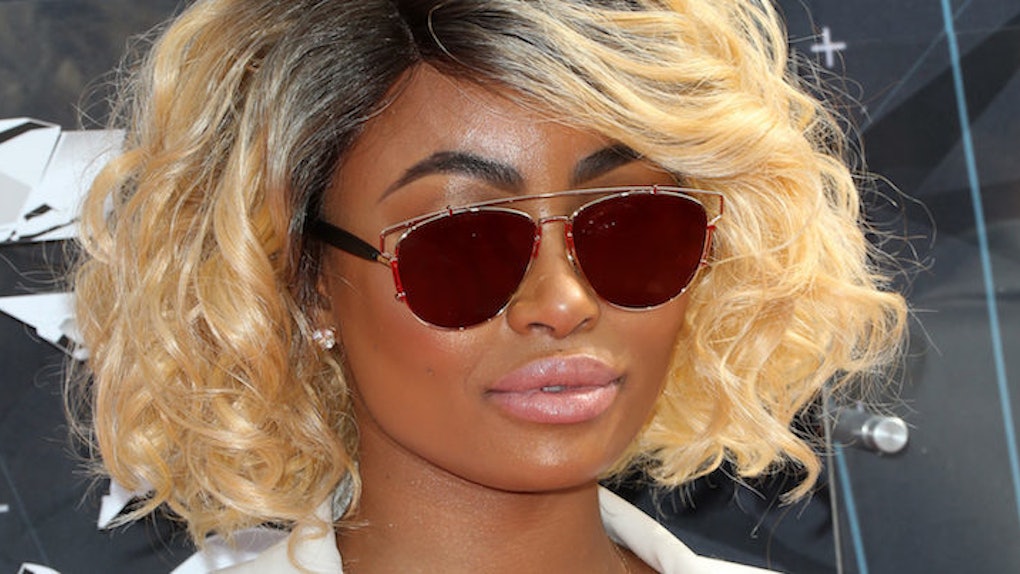 Blac Chyna got the hell out of Dodge on Friday, in the midst of erupting drama with the Kardashian-Jenner family over her new romance with Rob Kardashian.

Chyna departed from Los Angeles International Airport (LAX) on a Delta flight headed for Austin, Texas, where she planned to hop on a connection to London.

TMZ reports, however, Chyna imbibed one too many miniatures during the three-hour flight and got herself into deep water 30,000 feet in the air.

Allegedly "heavily intoxicated" and making a fool of herself while arguing with a flight attendant, Chyna was greeted by police upon landing at Austin-Bergstrom airport.

One passenger onboard the flight told TMZ Chyna yelled,

Y'all got no respect for me. I gotta tie my shoes. Let me tie my Yeezys.

There's some kind of irony to be seen here.

When she exited the plane, Chyna's parting words with an airline employee -- um, "nasty ass bitch" -- provided reason for the cops to slap on the handcuffs and charge her with public intoxication.