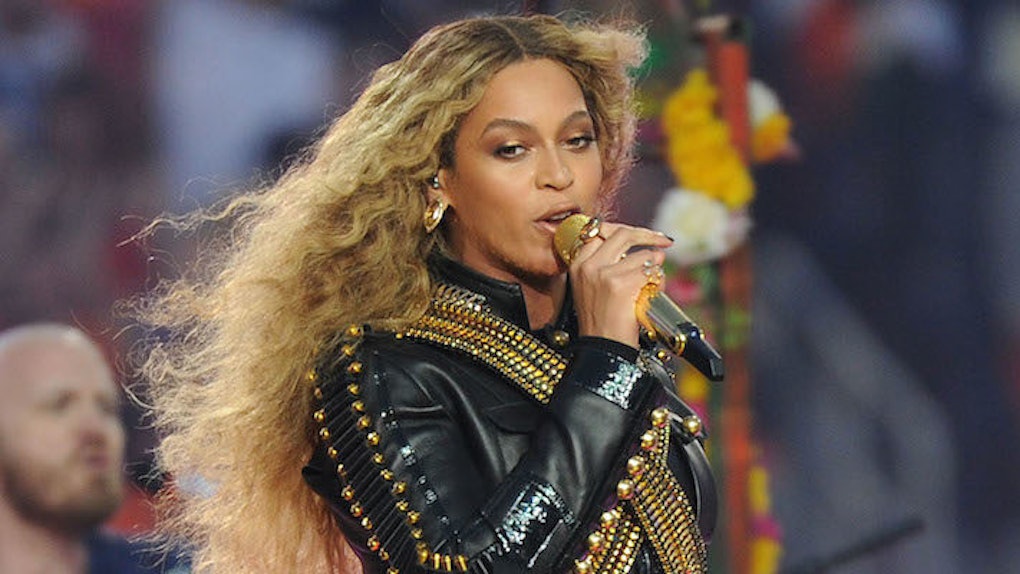 That's it, that's the whole story.

OK, fine, here's some more context: During her concert at New York's Citi Field on Tuesday night, Queen Bey sneezed in the middle of singing "Love on Top."

This was immediately followed by uproarious applause and a unison "BLESS YOU!" from the audience.

Intellectually, I know this. She is a human being who sneezes. That makes sense. She even tells us she sneezes in "Yoncé," in order to make the beat sicker.

But having actual proof she sneezes just like any other human is a whole different thing.

I so wish I could show you a video of this moment, but, apparently, nobody got it on tape, even with all those phones. Disappointed in you, Beyhive.

Instead, check out these tweets reacting to that now famous sneeze.

Here is a picture of the sneeze.

And here is the moment right AFTER the sneeze.

Most of us are still in shock Bey has the same bodily functions as anyone else.

Apparently, she can even make sneezes majestic.

I mean, she WAS wearing Gucci.

See guys, Beyoncé IS human. She CAN sneeze. She just does it flawlessly while wearing Gucci and slaying our existence is all. — Leigh Lewallen (@leighlew3) June 8, 2016

I know it seems unfair, Jordan, but, like, she's BEYONCÉ.

Look, I'm with you, Marina. WHAT THE HELL, PEOPLE? I NEED THE VIDEO!

Honestly, I'm way more jealous about missing Bey sneeze than I should be.

Oh well, maybe she'll sample the sneeze on her next single. We can only pray.

Citations: Beyonce Sneezed in Concert and People Freaked Out on Twitter: See the Funniest Reactions (Us Weekly)