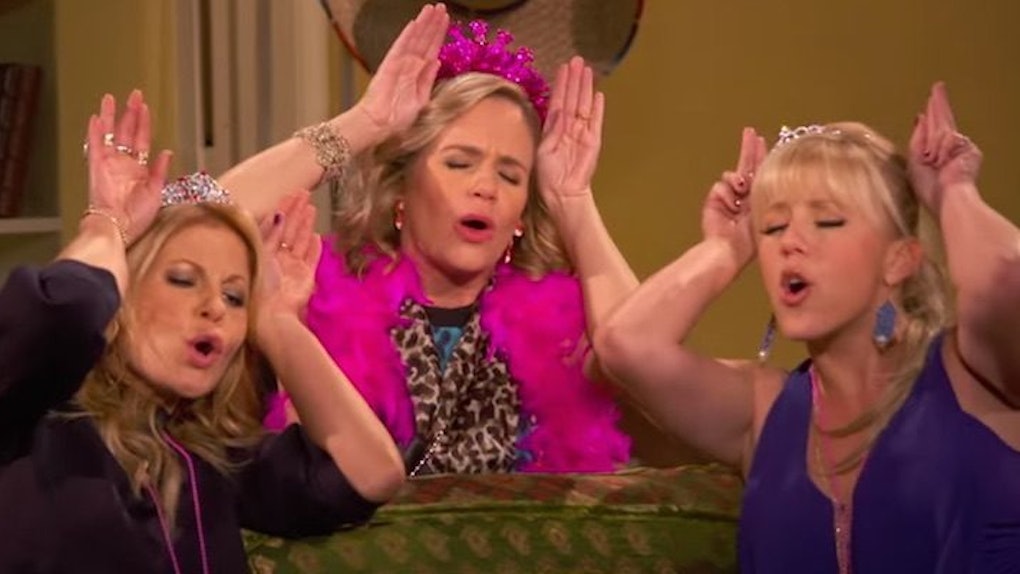 If you've been waiting for a “Fuller House” promo with more meat on its bones than a mere Whip and Nae Nae clip, you got it, dude.

Along with an apology for addressing you so casually, dude, I come bearing a “Fuller House” featurette to fill your nostalgic little heart with excitement for all-new, albeit Olsen-less, Tanner family adventures.

In the clip, the cast bonds at the table read for the reboot, chats with members of the studio audience and shares the show's secret to making it all the way to a reunion.

We are a family and have been since we started doing the show 28 years ago, and have only gotten closer.

Being a member of the “Fuller House” cast seems less like a job and more like a long hometown visit (especially on the off chance your family home resides on a giant sound stage).

They say you can never go back home, but we came back home.

[DRUMS] When you're lost out there And you're all alone, A light is waitin' To carry you ho-o-o-ome... EVERYWHERE YOU LOOK! Ba-doobie do ba-badow